How Much is Eric Bolling's Net worth in 2017? Details about his Salary, Suspension from Fox News 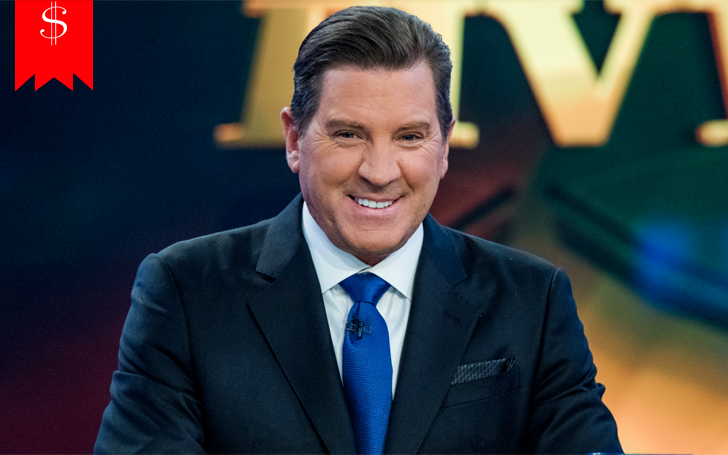 Eric Bolling is a television personality, conservative political commentator and a financial commentator based in Chicago, Illinois. Bolling is one of the co-hosts of The Fox News Specialists, he hosts the show alongside Katherine Timpf and Eboni Williams. He used to co-host The Five until it moved to primetime on 24th April 2017. Bolling also currently  Cashin' In on The Fox News.

Besides being a media personality, Bolling is also a best-selling author. So, it's safe to say that Eric Bolling has quite an impressive net worth. We are discussing everything money related to Eric Bolling!

How Much is The Fox News' Eric Bolling’s Net Worth?

The American tv personality has written two books; Wake Up America: The Nine Virtues That Made Our Nation Great that became New York Time bestseller-sold at $46.35. In 2017, Bolling wrote published his second book, The Swamp: Washington’s Murky Pool of Corruption and Cronyism.

How Does Eric Bolling Spend His Millions?

Eric Bolling is fond of traveling, partying and exploring a variety of cuisines. In his leisure time, Bolling prefers to take his family to vacations, they often go to Orlando Theme Parks

Eric Bolling is an animal lover, he has two dogs. Bolling currently resides in New York City with his family. As a family man, he spends his money mostly on his family.

Fifty-four-year-old Eric Bolling has been working at Fox News since 2008. Bolling hosts Cashin’ In, a Saturday Morning Show aired on a Fox Business Channel since 2013.

Bolling transferred to Fox News Channel and Fox Business Channel after a short tenure at CNBC on the show Fast Money. Eric Bolling also made frequent guest appearances on various Fox programs such as The O’Reilly Factor, Fox & Friends, and Hannity.

Before stepping into broadcasting, Eric worked for commodities trade in New York City specializing in gold, oil and natural gas. Eric earned most of his wealth as a NYMEX member and floor trader involving in the oil future market.

On 5th August 2017, Eric Bolling was suspended from Fox News in the middle of a lewd texting scandal.  Bolling's Saturday show Cashin’ In did not air after the issue. 21st Century Fox investigated the allegations against Bolling.

News of the suspension came one day after The Huffington Post published a story mentioning over a dozen sources assured that Eric had sent an “unsolicited” photo of his genitals to female colleagues. Michael Bowe, an attorney who represents Eric  Bolling, told CNN Money:

“The anonymous, uncorroborated claims are untrue and terribly unfair”.

“We intend to fully cooperate with the investigation so that it can be concluded. And Eric can return to work as quickly as possible”.

Believe it or not, Eric Bolling has been one of President Donald Trump’s staunchest backers on television, and his career is said to be benefitted from it. Eric had already taped his Saturday morning show when the story came out.

Fox Channel decided last Friday to abruptly remove the taped show from its schedule. Fox’s statement on Saturday, 5th August, indicated that he might return once the investigation is complete.