How Much is Chris Pratt's net worth?Details about Money Chris Pratt Could Lose Over Divorce From Anna Faris 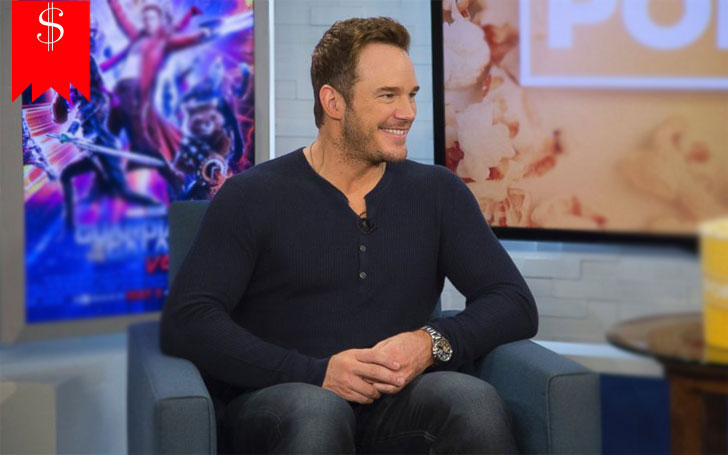 Chris Pratt, ranked as one of Hollywood’s highest paid actors the previous year, earning $26 million from two film franchises, “Guardians of the Galaxy” and “Jurassic Park”, is going through a rough patch in his life right now, his marriage with Anna Faris is apparently ending. Let's not get to all the personal details though.  Because we're talking Pratt's net worth and all things related money here.

Chris Pratt has earned a whopping amount of money with his career as an actor. His net worth which was on an upward spiral could diminish by a lot depending on the kind of divorce settlement he has with his now separated wife Anna Faris.

Chris Pratt enjoys a whopping net worth of $30 million. His actress wife, Anna Faris has a net worth of $20 million. She reportedly earns $125, 000 per episode with her sitcom, “Mom”, that recently wrapped its fourth season with 22-episodes. Chris Pratt’s Guardians of the Galaxy 2 became one of the highest grossing movies of 2017.

The movie earned $388 million in North America, a 16.5% more than the first film’s $333 million domestic total in 2014. It earned $437m internationally, in comparison to the $440m overseas total of the first picture. Chris Pratt was also named the top-grossing film star of 2015 for his role in the fiction film, Jurassic World- earning $1.67 billion globally on a $150 million budget.

Chris Pratt, however, didn't earn a big paycheck for the movie. Chris reportedly signed an upfront contract for less than $10million. And he only made around $13 million in between June 2014 and 2015.

Pratt recently featured in the movie, Passengers alongside Jennifer Lawrence. He signed to make the Sony film for $10 million, but after the Jurassic World became a hit, his salary jumped to $12 million.

The couple sold their previous home for a $2.3 million. Their old house is next to the street from their new home. The couple’s previous home covers 2, 563 square feet with three bedrooms and 2.5 bathrooms.

Chris Pratt is fond of old stylish cars. Chris proudly shared a picture of the car on his Instagram, writing it took him almost twelve years restoring a 1965 VW Beetle car.

The car was apparently a $2500 scrapper Chris won playing blackjack. Despite, having no ideas how to work on cars, he learned through manuals and videos on Youtube.

How much Money Could Chris Pratt Lose After Divorce from Anna Faris?

How different actor Anna Faris looks after the boob job? Is she happy with the change after surgery?

However, it is not still clear whether the couple had a prenup in place. Chris and Anna married in Bali in the year 2009. The couple first met on the sets of the film, Take Me Home Tonight in 2007. Together the couple has a son named Jack. In case the couple hasn't signed a prenup, legal experts believe, a divorce for the couple could be a financial disaster.

Divorce Lawyer Lynda Sheridan said that if the couple doesn’t have a prenup they might divide their wealth in half. As for their properties, absent a prenup or other written agreement, the duo should expect to determine what they have; whether held individually or together and divide it by two.

A big Mother's Day kiss and hug across the pond to my darling wife @annafaris and our sweet boy. I miss you both so much.

Some of the law firms even claim that Pratt may lose some of his recent earnings if Chris and Anna didn’t have a prenup. They both had Hollywood successes before their wedding and likely purchased valuable assets into the marriage. Chris enjoyed his greatest box office paydays throughout the conjugal relationship which means half of all that could possibly belong to Faris.

Not sure what made me more proud: when Jack insisted on holding this barracuda himself, or when he tried it raw!

Anna Faris would also likely be able to ask for child support for their four-year-old son, Jack if Chris is earning more than Faris.