How is the professional career of American Pie's actress Shannon Elizabeth going on? 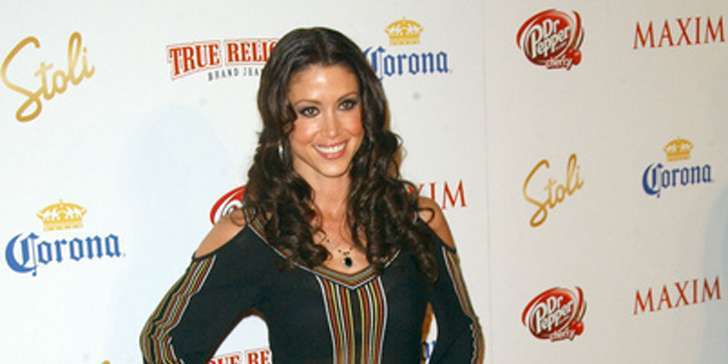 Shannon Elizabeth Fadal ( 7th September 1973 ) is an American Model-actress from Houston, Texas, United States. The forty-two-year-old hot actress is still remembered for hot role in Late ninety's teen comedy movie The American Pie. Yet,  those who follow her know that she is into modeling, production and also runs a charitable organization for animals.

In her early days, Shannon Elizabeth was an active member of Tennis as well as cheerleading team for her high school. As a child, she was interested in different forms of dancing. She, on one of her interviews, revealed that she used to take lessons of ballet dance as well.

The brown eyed Actress has a stunning body figure and she is 5 feet 9 inches tall weighing 130 pounds. She likes wearing skinny jeans and tank top and has hip size measuring 34 inches and her waist size is 25 inches.

Shannon Elizabeth is certainly most desired women in America and she even made it clear by being 28th most desired women in Year 2008. Best known for her part in comic movies like "The American Pie", “Scary Movie”, “American Pie II”and “Tom Cats” as well as  some of the horror movies such as “Cursed” and “Thirteen Ghosts” she has a strong image of a hot actress in Hollywood.  Over the years she has kept her presence in Flims and television through some series and reality dance shows. She received The Best Actress award for her role in "A Novel Romance (2011)" in the American independent film festival.

Simon Elizabeth holds a jewelry business as her subsidy and is also producing movies under Ganesha Production. If we log into her website we can find that she is a good photographer as well.

In 2008, Shannon Elizabeth  became a poker celebrity because of her poker skills. She even referred poker as her second career. in 2007 Elizabeth advanced to the semi-finals of the NBC National Heads-Up Poker Championship. If you get a chance to visit the Los Vegas you can actually be seating next to the Brown-eyed actress in any poker event. She loves playing poker and attends poker events in Vegas quite frequently.

The actress was married to Joseph D. Reitman  in 2002 but the wedding ended in 2005. She has recently dating Rap icon and business magnate Russell Simmons since Jan 2014.

I love you always, Ringo! #Repost @animalavengers ··· I'm so sad to hear of the passing of Ringo at @olpejeta last night. Thank you to everyone who stayed by his side day & night, loving that sweet little boy. Rest in peace beautiful Ringo. Now you're finally with your mommy again. You touched everyone you met & changed our lives forever. #AnimalAvengers #olpejetaconservancy #ringo #love