How is the marital relation of Mario Andres going on with his journalist wife Barbara Bermudo? 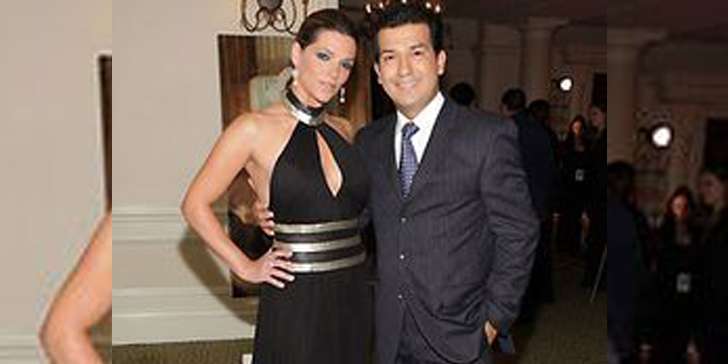 Promises made to support each other in every highs and lows by normal couples seem alright. However, when it comes to the bigger scene of celebrities, all the promises seem fake and some sort of 'publicity stunt'. Against all such odds, the promise made by journalist Barbara Bermudo's husband Mario Andres looks true.

They are together in every high and low of their life. Mario Andrés Moreno faced a tough time when he was let go from his Broadcasting career with Noticias 23 Univision where he worked for fifteen years recently. He was replaced by his colleague Ambrosio Hernandez of News 23.

Mario was with the network for fifteen years and the tragedy about show biz is they go after TRP's which jeopardised the future of Moreno. However, he was really hopeful that his wife will handle the situation pretty well because she is running strong in her shows and has a good sideline business of Fashion accessories and perfume to support the family until Moreno gets back to journalism business and was what happened in the following years. Barbera who receives a good salary from her show and side-business supported the family independently.

Barbara Bermudo and Mario Andres tied their knot together in 2008 and are living in their luxurious house in Miami together. The adorable couple has three beautiful daughters together. Barbara who has the net worth of US $ 10 million in mid of 2014, revealed that she was pregnant  for the third time with her husband during an interview with People in Spanish.

Barbera revealed her pregnancy and told that Mario who was recently fired from his job during her pregnancy days supported her very well. He kept all his problems aside and was ready to welcome home their baby. On February 26, 2015, the family welcomed a beautiful daughter named Sofia in the family who has recently turned one year old.

Andres has four daughters all together now. He is the father to three little cuties from his forty-one years old wife Barbara Bermudo and the eldest daughter named Michelle is from his former partner who just turned 21 and graduated from college

The couple attended her convocation and were busy with the ceremony in the family organized to congratulate the graduation of his eldest daughter which shows they both love and respect each other's family values as well.

Moreno is away from the small screen right now but it looks like the couple is having the time of their lives, It seems like the leisure time from 15 years long job career gave the family with the essential get together and have a fun time.

The family was spotted having a blast at Miami beach with his lovely wife Barbara Bermudo and his six years old daughter Andrea along with the youngest daughter named Camila Andrea who is  4 years old. However, the eldest one was absent as she is busy with her preparation for law school.

The couple owns a beautiful three bedroom house in Miami. The images of their mansion can be seen in images clicked by Sofia in social media and many Spanish magazines. If we consider the expensive dresses she wears, her shopping and spending habits and living in exotic destination like Miami.

Barbara and Mario probably earn a fine sum of money; all thanks to their successful career. Their healthy earnings and total net worth of the journalist ($ 10 million) has let the couple live a happy life.