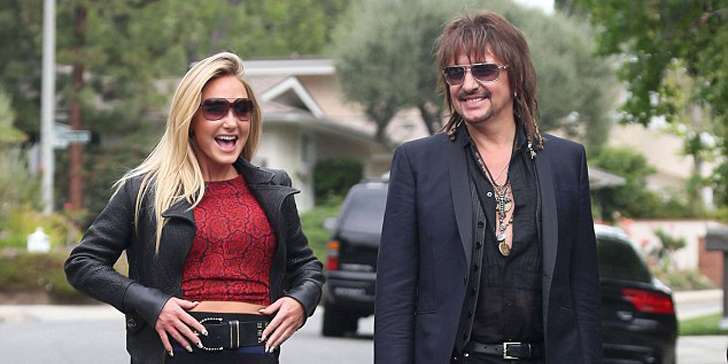 Richie Sambora, an American rock guitarist, singer, producer, and songwriter, is a multi-talented personality. He was the lead guitarist of the rock band Bon Jovi for almost three decades. Though he got separated with his ex-girlfriend Nikki, they are still making headlines due to the claim made by his EX girlfriend.

Richie and Nikki began their relationship in 2006 before a year of his divorce with Locklear. Richie's marital relation with Heather Locklear lasted for 13 years.

Richie's ex-girlfriend Nikki claimed that he threatened to kill her. Richie is being investigated by police over the claim for threatening Nikki. In her statement, she said that her ex-boyfriend threatened her to bury in a hole dug in a desert.

Richie Sambora is currently in a relationship with an Australian guitarist Orianthi. They are almost dating for 2 years and were spotted together several times. They have planned so well to release their new album with the taste of country music.

Richie suddenly quit Bon Jovi during their 2013 tour showing some personal issues. Richie came up with an excuse that he wanted to spend some quality time with her daughter. However, Bon Jovi later told to the New York post that they had some personal issues with each other which made him kick Richie out.

A report claims that Sambora is not joining the Bon Jovi tour in 2017.