How happy is singer Chris Stapleton with his wife Morgane? Know more about the musical couple 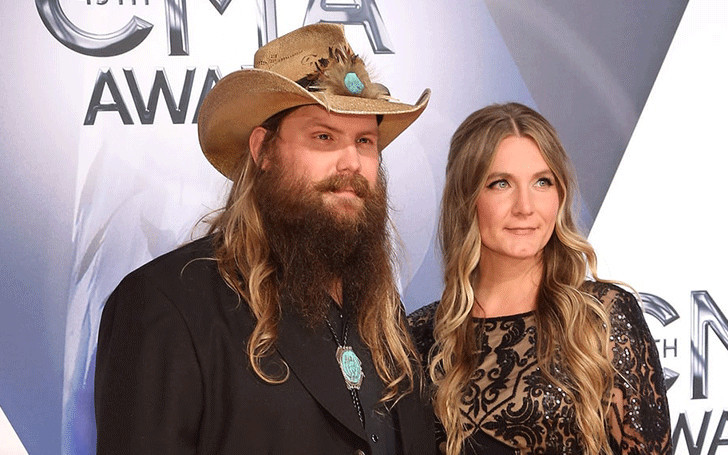 It is almost 5 years now that the song ‘Love’s gonna make it alright’ has been released. If you follow and listen to fine country songs, you have surely listened to this beautiful number by George Strait but, did you have any idea that Chris Stapleton has co-written this song?

Yes, singer-songwriter Chris has written and sang several fine songs as such.  If you wonder his inspirations behind the beautiful words he sings and composes, you would only hear an obvious answer, which is his wife Morgane Stapleton.  Let’s find out about the love story of Country’s hottest couple Chris and Morgane Stapleton.

The Sweet Love Story and the Sweetest Couple – Chris & Morgane

In an interview, Chris has rightly said how he tackles life with a solid sense of humor and lots of affection when he has his wife by his side.

Hearing the new songs written by Chris, presently the father of two cute children, was her routine then. One Friday, Chris finally asked the beautiful stalker to write a song together, which happened to be their first date. The pair is happily married since 2007. To your surprise, Chris managed to secretly record an audio (You are my Sunshine) before the wedding and the couple happily perform the song together on the stage, now!

Words would certainly fail to describe the love and the bondage they have for each other but the songs and the feel Chris sings and composes are surely close enough.

You’ll soon discover why Morgane is a ‘better half’ of very talented Chris.  When there is a life partner like Morgane  who writes songs as good as her husband,  composes lyrics for his songs, edits every musical assignment, and becomes the best friend , the wife by defaults become the ‘better half’ of any single individual.

Morgane is equally talented as her husband when it comes to songwriting; no wonder, she has written songs for country superstars like Carrie Underwood and LeAnn Rimes.  Journalists have even heard Chris stating how much of help he needs in everything he does.  Everyone would surely get amazed to know that majority of the songs from ‘Traveller’, Chris’ debut album, came from the list that Morgane made.

To let the readers and Chris’ fan know, ‘Traveller’ is all about the death of his beloved father.  Chris has to say that he almost lived a very depressed life after he lost his father. Then was when Morgane realized her husband needed something to distract him from the grief and came up with an idea of getting a 1997 Jeep Cherokee and take a cross-country trip.  They managed to fly to Pheonix and then drove the Jeep back to Nashville. Then the first album was born!

You surely have figured out who really Morgane is by now.  It wouldn’t be wrong to say that Chris and his wife Morgane are more than happy with their love and married life along with their children and family.