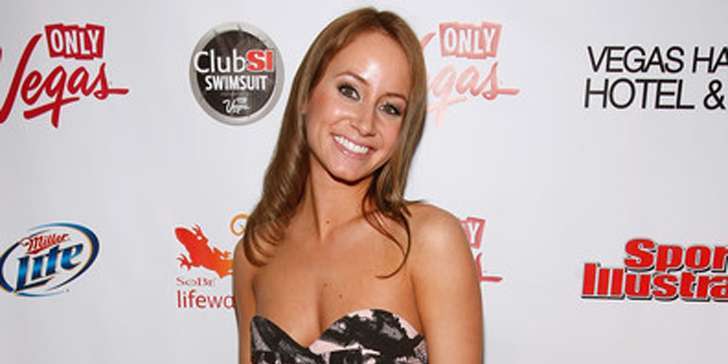 Bethany Dempsey,  the wife of American Professional Soccer Clint Dempsey, is well known for her appearance in 2010 issue of sports illustrated swimsuit Edition.  Lately, she is well-known for posing topless for the very magazine. However, she posed with paint on her body. Interestingly, the painter needed 15 hours tp paint her body.

Bethany Dempsey and Clint Dempsey first met while they were both studying at Furman University. Then, Bethany was dating some other guy in the university. They gradually became close and good friend which resulted in a good relationship later.  On July 2, 2007, just one year after dating he proposed,  the couple got married.

This couple has three children: Two daughters, Sophia and Elyse and a son, Jackson. She is extremely happy with her husband and children.  After getting married in 2007, Bethany joined her famous husband in England and did an internship in Educational Psychology. Basically, she lived her life as a quiet and relaxing life. Besides being a wife, psychologist, and mother, she started her career in the modeling industry.

Clint Dempsey is an American professional footballer who served his country as captain and now plays in Major League Soccer for Seattle Sounders FC.  He has also played for some other Famous Clubs like Fulham and Tottenham Hotspur as a forward. He began his career from 1998 playing for Dallas Texans.He has scored 128 goals in 425 appearances