How Billy Bush's 20-year-long Married Life With Sydney Davis Went Up In Flames After Trump's ''P***ygate Scandla'! Details With Video! 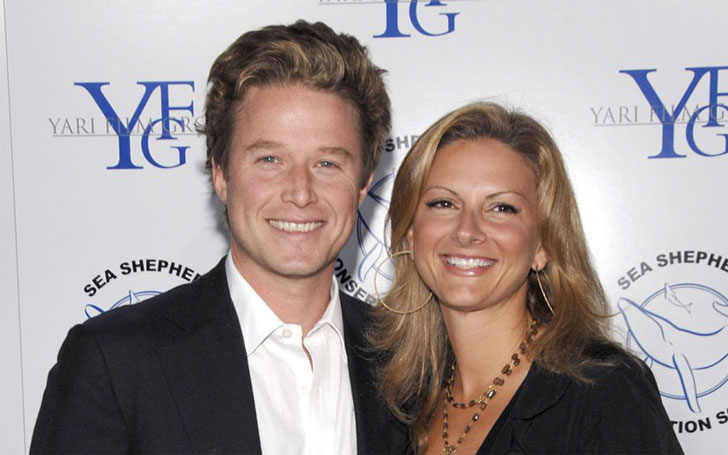 Billy Bush and Sydney Davis have separated their ways after 20 years of marriage.

The former host of Today and his wife are no longer together. Word on the street and everyone lips, is that this has to do with the whole  Donald Trump’s P***ygate incandescence! Who would've guessed?

There are sources saying this could be a case of infidelity as well! But all these are guesses. So what’s the real reason for their separation?

Billy Bush's twenty-year-long marriage has come to a horrible end!

Bush and Davis who got married in April 1998 had already celebrated two decades together. Bush was posting pictures with his wife all throughout the summer, he probably had no idea his past was going to come haunt him.

The news of their separation came after the ''P***ygate scandal'' where he was seen engaged in derogatory talk about women with current president Donald Trump.

Billy Bush and Sydney Davis no more together

Their separation was confirmed after the mother of three, Sydney, was found without a wedding ring. Also, their spokesperson confirmed that they are in a short-term separation.

In the words of spokesperson:

After almost 20 years of marriage they have separated for the moment to evaluate their life together.

They love each other and their children deeply and are committed to a bright future.

Bush and Davis share three children together. They have beautiful daughters. Here is the picture of them together.

William Bush with his daughters and wife, Source: Instagram

As far as their reason for the separation goes, it’s not the case of infidelity, however, some say that the incident with Donald Trump that came out in 2016 might have been the cause of their separation.

Well, if you have been living under the rocks and don’t know about Trump’s P***ygate incidence here's an explanation.

The Trump P***ygate incident occurred in 2005, however, the tape was released in October. 2016 during the presidential election race. The Washington Post released the Access Hollywood tape where Billy Bush and Donald Trump were engaged in '' an extremely lewd conversation about women''. Bush and Trump were about to meet a woman for filming an Access Hollywood interview and rump said how he could start kissing the woman. He then added:

The media including a large portion of the public audience took it as a sexual assault.

Billy Bush and Donald Trump together

And for Bush’s part, he was filmed laughing at such vulgar comment made by Trump instead of stopping the conversation.

Trump’s campaign wasn’t affected at all, he went on to win the election, but then Billy Bush had to lose his job.

Sources claimed that the tape had created some impact on Sydney Davis and Bush’s life and said.

They are having marriage problems. He didn't apologize to her for the embarrassment he caused in his statement.

Well, if you haven't seen the video already. Here you go.

But later, Bush claimed that his wife has always been supportive of him! However, she couldn't support the trash talk, which is why we all got to hear the news of Bush and Davis' divorce. So whether or not the Access Hollywood tape might be the reason, Bush and Davis are no more together after it released.