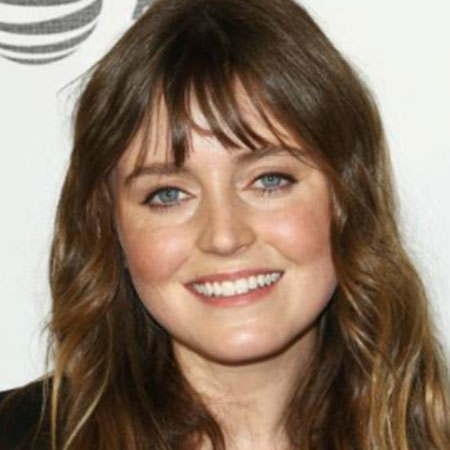 Professionally, Honey Hollman is an actress who has appeared on Empire North, Go' aften Danmark, and so on. Apart from her career, she is also known as a celebrity kid who is famously known as the daughter of a popular American actor and filmmaker, Jack Nicholson. Her father is one of the wealthiest and most-award-nominated actors in American history. Similarly, her mother also is a former American actress.

Honey Hollman was born in 1981 in Denmark. However, the exact information regarding their birthday is missing at the moment. She holds a Danish nationality, whereas, she belongs to Danish-American ethnicity. As of March 2022, her age is 41.

She is the daughter of a famous American actor and filmmaker, Jack Nicholson and actress, Winnie Hollman. Her parents were in a relationship for five years, however, they never got married.

Hollman's father had a number of high-profile marriages and relationships. Hollman has four half-siblings, Ray Nicholson, and Lorraine Nicholson from his father’s affair with Rebecca Broussard. Jennifer Nicholson from Sandra Knight, and  Caleb James Goddard from Susan Anspach.

Honey Hollman Career: What Is She Famous For?

Honey Hollman made her acting debut in 2010. She appeared in the TV drama, Empire North as Honey Steinberg, alongside Jakob S. Boeskov, Adam Brix, and Mads Wille.

Further, she was also a part of the 2006 news talk-show, Go' aften Danmark as herself.

Despite appearing in a number of movies and TV series, she said that she would not pursue acting as her professional and money-making career. She insisted:

“I think it would be too hard being judged on my background all the time.”

How Much Is The Net Worth Of Honey Hollman?

As of 2020, Honey Hollman's net worth is still yet to be out, but she is one of the rising actors and definitely earns a decent salary. The average salary of an actor is about $50,326 per year which can be increased according to their performance and status.

Enjoys Millions Dollar Of Her Father

Her father, Jack Nicholson, on the other hand, is one of the wealthiest and most-award-nominated actors. As per celebrity net worth, his net worth is $400 million. Likewise, he is estimated to take a salary of $10 million per annum, as of 2019.

He made his notable roles in a number of movies such as Chinatown, Five Easy Pieces, Terms of Endearment, The Shining, One Flew Over the Cuckoo's Nest, Reds, Batman, and many more.

Not only her father's net worth Honey Hollman also enjoys Jack Nicholson's properties and real estate. Nicholson owns a luxurious mansion in Beverly Hills, California which valued at $6 million.

Back, in 1989, her father owned a Joker costume for $70,000 for his role in Batman. Moreover, he handsomely profits from the role, earning somewhere between $60 million and $90 million.

Is Honey Hollman Married Or Dating? Know Her Affairs

The 41 years old, Honey Hollman is possibly single at the moment. She is quite secretive when it comes to her private life and prefers to stay low-key.

Unlike other celebrity kids, she makes rare public appearances which always creates curiosity among audiences regarding her personal life. Though she was raised by a single mother, she shares a good bonding with her father and other half-siblings.

She is probably the most private of the Nicholson clan. She rarely makes public appearances as they are not many images of her attending any event. As opposed to her half-siblings who are very active on social media and gracefully embraces their star kid status.