Home And Away Actress Cornelia Passed Away At 77 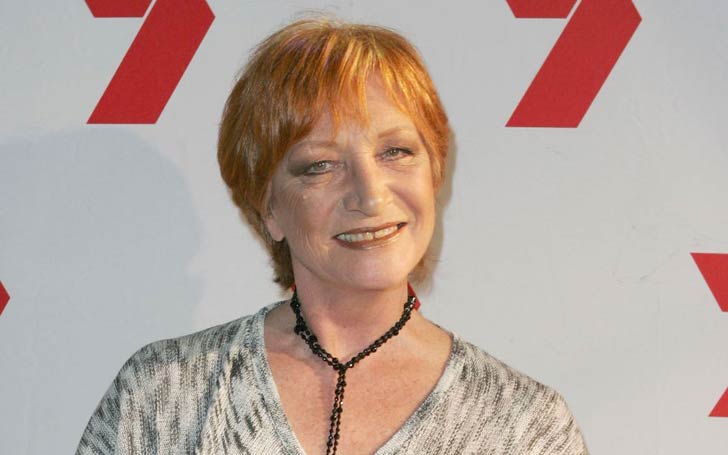 Home And Away Actress Cornelia Frances Dies At 77

Home and Away and The Weakest Link actress Cornelia Frances' battle with cancer is over! The 77-year-old Australian actress rested in Sydney on Monday, 28th May.

Frances' son, Lawrence Eastland described her last hours in a social media post as "peaceful, soft and serene.'' He posted a photo of his mother resting on a bed on Instagram and wrote: "I truly love this woman."

A very personal photo of my mum during one of her resting moments, she is so peaceful, soft and serene. I truly love this woman. #fuckcancer #beautiful #cornelia #mum #iloveyou #whatawoman #peace #sleeytime #sleep #rest #divinefeminine #strong #inspiring #iloveyoumum

In January 2018, Frances revealed she was diagnosed with bladder cancer last year which quickly spread to her heap. She told,

I'm feeling fine, albeit what's inside me. The pain comes and goes, but you accept that, it's par for the course

The actress further added she had hoped to reprise the role of Morag for Home and Away's 30th anniversary in 2018.

Fellow actors and other Australian celebrities have been paying tribute to the late actress on social media. Actors like Lincoln Younes, Joel Creasey, Rhonda Burchmore took to Twitter expressing their sorrows on her death.

I met Cornelia Frances when I was 11. I was pretty terrified but she could not have been sweeter and I have always remembered that. Sad day.

Vale #CorneliaFrances. You were always ahead of the game. Will miss your witty banter on-set X

Born 7 April 1941, in Liverpool, England, Cornelia Frances emigrated to Australia in 1970 and pursued a career in acting. She married Michael Eastland in 1969 and had a child, son with him. After years of marital relationship, Frances divorced her husband.

Cornelia is survived by her son, Lawrence Eastland.