Hollywood's One Of The Promising Actors Freddie Thorp-Is He Dating Someone? Sneak Peak Into His Personal And Professional Life 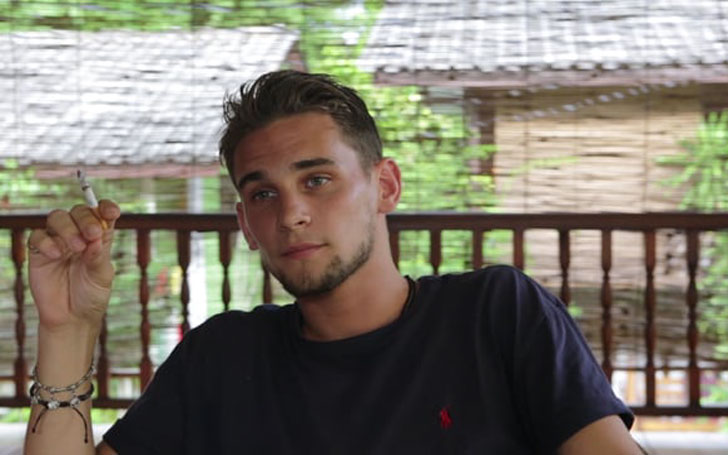 Freddie Thorp is one of the promising actors of the Hollywood who gained huge fame for his role in action thriller film Overdrive. Further, his performances in the 2016 movies To Dream and The Head Hunter was highly appreciated by both fans and critics.

Along with the growing popularity and increasing fan followings, it is obvious his fans are curious to know about his personal life. So, is the actor dating someone? Who is his girlfriend?  We have all the details of his personal and professional life here.

Is Freddie Thorp Dating Someone? Who Is His Girlfriend?

The rising star Freddie Thorp seems to be focusing on his career at present rather than being in relationship and affairs.

The 24-year-old actor who is notable for his role Garrett Foster in 2017 movie Overdrive seems to be single at present as he hasn't introduced anyone as his girlfriend.

Thorp was romantically linked to an actress, Sophie Robertson. They were spotted spending quality time together. The former couple visited Paris to celebrate the new year 2015 which the actor shared on his Instagram.

They also attended several events together including 2014 BAFTA party.

The couple also has been spotted enjoying a romantic Moonrise during their holiday in the Mediterranean in August 2014.

Though Thorp shares several pictures of them together, he never acknowledged his romance with the actress. Also, the rumor eventually faded away as the actor hasn't posted any pictures with Robertson since 2015.

What Is Freddie Thorp UpTo At Present? All Details About His Career

Thorp made his television debut from TV series Doctors in 2015. He then appeared in a TV movie, The Advocate in the same year.

CAPTION: Freddie Thorp is notable for his role in Overdrive SOURCE: USA Jacket

In 2016, the actor performed in movies such as To Dream alongside Billy Barratt, Jayson Benovichi Dicken, and Jon Campling and The Head Hunter alongside Tom Durant Pritchard, Debora Weston, and Jack Hawkins.