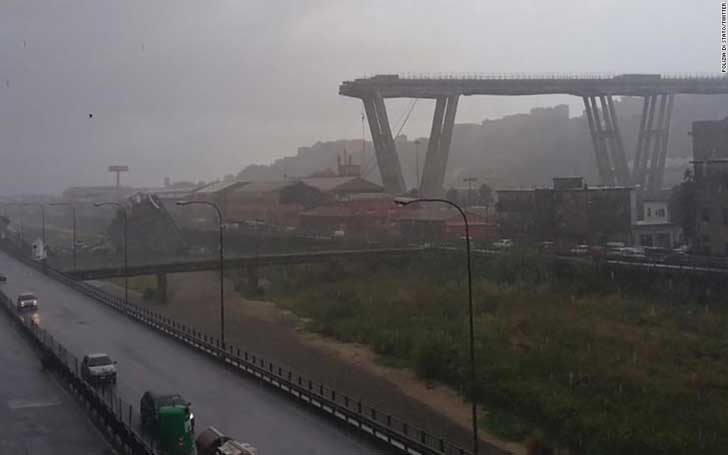 39 Died And A Dozen More Injured In A Highway Bridge Collapses In Genoa, Italy

A sudden highway-bridge collapse in Genoa, Italy left at least 39 people died and a dozen more injured on Tuesday, 14th August. Authorities said that death toll might rise as the rescuers continue their operations.

The rescuers, on the other side, said there is some hope that they will find some survivors from the heap of rubble below the Morandi bridge, where around 45 vehicles fell 148 ft down the road. 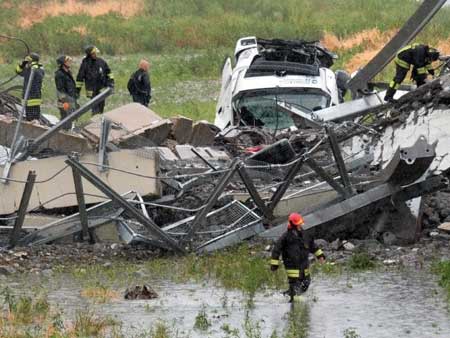 BBC reported that hundreds of firefighters ran the rescue operations overnight with the lifting gear, climbing equipment, and sniffer dogs to locate the survivors. However, only the bodies were recovered, told Italian Red Cross spokeswoman.

37 out of the 39 victims were identified where three are the children. 16 injured people have been treated in hospital-12 of them are in a serious condition. Over 400 people were reportedly evacuated from the area amid fears that the other part of the bridge will also collapse.

A family of three; Roberto Robbiano, 44, Ersilia Piccinino, 41, and their son Samuel died after falling from the bridge. One amateur soccer player Andrea Cerulli died while he was driving to his work. Two municipal environmental employees also became the victim of the collapse.

Juan Carlos Pastenes, 64, Elisa Bozzo, 34, and Luigi Matti Altadonna, 35 were some of the other identified victims.

The bridge, which was built in the 1960s, stands at the A10 toll motorway is an important conduit for goods traffic from local ports. The authorities said it is still unclear what caused the collapse.

The Genoa city authorities have declared two days of mourning.