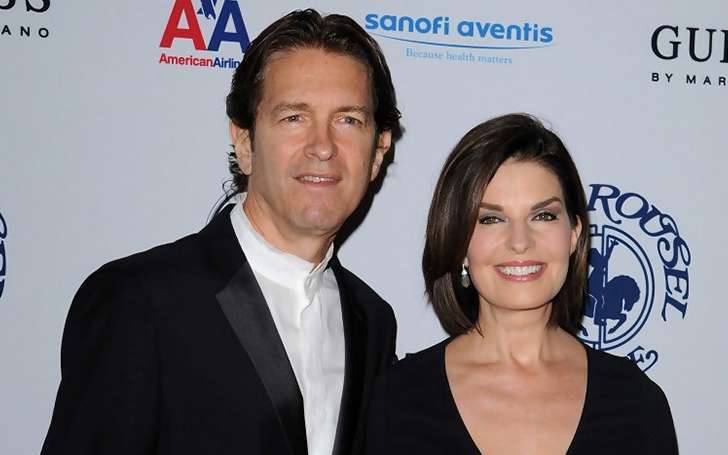 Sela Ward does not have a long dating history as she is very much focused on her work since she was young .Sela Ward is hesitant on expressing about her personal life in front of the public.Nor she is seen with any guy in the public.

Sela never speaks so much about her affairs and past relations. Previously,she dated Bob Baumhower, in 1977. After the pair separated, she began dating Richard Dean Anderson in 1983 and broke up after three years. A year later, Sela went on to date Peter Weller.

Their relation could not last long so they separated in 1990. Beautiful lady Sela Ward met the entrepreneur Howard on a blind date in 1991.They dated for one year and four months.

Howard Sherman has had no other relationships before. On 23rd May 1992, she was married to an entrepreneur Howard Sherman, a founder and advisor  in a diverse collection of companies.This duo has been married for 23 years now.

Sela and her husband Howard are parents of two children named Anabella Raye and Austin Ward.The pair established Hope Village for Children, a children's home with a vision to lead each child to a place where hope is born.The couple had not split yet.

Sela Ann ward is an American actress ,author, and producer who is famous for her roles on television. She began her acting career in the 1980s when she played supporting roles in films like  The Man Who Loved Women, Nothing in Common including Hello Again and her breakthrough role in NCB drama series Sisters.

She achieved her first Primetime Emmy Award for Outstanding Lead Actress in a Drama Series in 1994.Sela Ward began her acting career in 1983 with the movie, The Man Who Loved Women as Janet Wainwright. Ward's appeared in movies like Rustlers' Rhapsody, The Day After Tomorrow, The Guardian, The Stepfather, Gone Girl and more.

She is acclaimed to have appeared in 22 episodes of Emerald Point N.A.S. as Hilary Adams, 127 episodes of Sisters as Teddy Reed, Almost Golden: The Jessica Savitch Story as Jessica Savitch, 63 episodes of Once and Again, 10 episodes of House as Stacy Warner, 57 episodes of CSI: NY as Jo Danville. She has won two Primetime Emmy’s and a Golden Globe Award, CableACe Awards among many others.