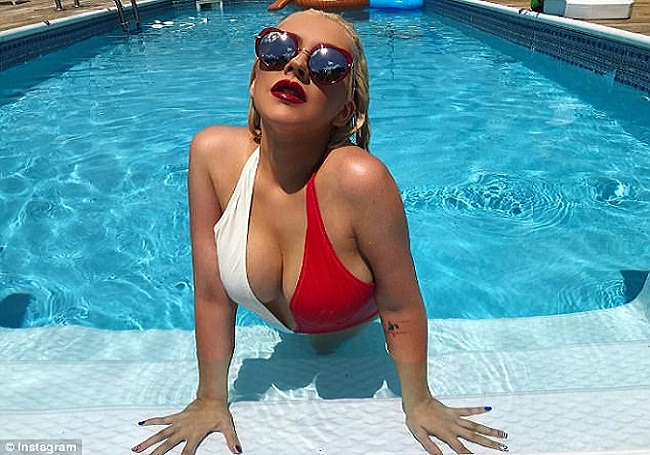 Independence Day is all about cracking fireworks, grilling burgers and partying everywhere. Needless to say, it’s an absolutely beautiful day in the States and a lot of Americans were definitely wondering what their favorite celebrities did on the Fourth of July.

From Jennifer Lopez to Miley Cyrus, every celebrity had their own unique way to celebrate their beloved Independence Day.

So without further adieu, here’s a quick look at how your five favorite American hotties celebrated the Fourth of July this year.

"Happy Fourth of July to all you party people." the mom of two adorable children posted this sweet picture while hanging out with her daughter.

Happy Fourth of July to all you party people.

New York City Sky on the 4th of July!  pic.twitter.com/7AZ1ExWSaK

Madonna tweeted this beautiful video of the night sky with full of firecrackers. Truly heartwarming!

Jennifer Lopez premiered her new single at the Macy's on Fourth of July celebration.

She definitely gave everyone a spectacular performance on the day.

"Happy 4th of July!!" the mom of two captioned this adorable family photo with her husband, son, Max and daughter Summer.

Lastly, The blonde beauty tweeted this cute gift from her earlier "Hannah Montana" days on Fourth of July asking everyone to "move" their hips.

Happy 4th to everyone EVERYWHERE!  Move your hips like you know what!!!!!! #Yeah #partyintheusa pic.twitter.com/AymLVEKKqJ

But while stars were enjoying the day with patriotic activities, President Donald Trump spent most part of the day on Twitter causing controversies.