Prince Harry and Meghan, the Duchess of Sussex sat down with Oprah Winfrey for an exclusive interview where they have undauntedly expressed their feelings towards the royal family.

From Megan's suicidal thoughts, the racism she faced, the royal wedding, to the gender of their second baby, the daring couple covered it all. Here are some of the biggest revelations made by the royal members to the royal members

1. Harry Relying On His Mother's Property

Harry and Meghan revealed that they were cut off financially for stepping back from their royal duties and they had to rely on Princess Diana's inheritance.

"I've got all my mum left me. And without that, we would not have been able to do this," he said. "She saw it coming and I certainly felt her presence throughout this whole process."

Meghan was seen wearing a diamond bracelet that belonged to her late mother-in-law paying a sweet tribute to her.

One of the heartbreaking revelations was, all the pressure, bully and racism led Meghan to have suicidal thoughts. She revealed to Harry "I knew that if I didn't say it, that I would do it -- and I just didn't want to be alive anymore."

Adding to that, Harry revealed: "I had no idea what to do, I went to a very dark place as well, but I wanted to be there for her.

CAPTION: Prince Harry and Meghan, the Duchess of Sussex sat down with Oprah Winfrey for an exclusive interview taking about their life during and post royal exit SOURCE: CNN

At first, Harry felt ashamed to reveal the news to his family---" it's not a conversation easily had in the institution, "I guess I was ashamed of admitting it to them -- I don't know if they've had the same feelings or thoughts. I have no idea."

It's a stifling environment, and "I didn't have anywhere to turn to," he added. "For the family, they very much have this mentality of, this is just how it is, you can't change it, we've all been through it."

"But what was different for me was the race element -- it wasn't just about her, it was about what she represents," he said. "So it's not just affecting my wife, but affecting so many other people as well."

That's what pushed him to discuss the issue with the royal family and warn them that "this isn't going to end well," Harry said.

She later turned to one of Princess Diana's best friends:

"I didn't know who to even turn to in that. And one of the people that I reached out to, who's continued to be a friend and confidant, was one of ... Diana's best friends. Because it's like, who else could understand what it's actually like on the inside?"

Archie will not be a royal child, like his cousins Prince George of Cambridge, Princess Charlotte of Cambridge, and Prince Louis of Cambridge. He will not have a title or security post the exit. Meghan also revealed that some family members were "concerns and conversations about how dark (Archie's) skin might be when he was born." CAPTION: During an interview, Meghan revealed that some family members were "concerns and conversations about how dark (Archie's) skin might be when he was born." SOURCE: Fox News

Harry even declined to share the conversation, he had with his family.

"That conversation, I am never going to share," Harry said. "At the time, it was awkward, I was a bit shocked."

Amidst these fiascoes, the couple revealed the happy news that they are expecting a beautiful little girl in the summer.

5, The Royal Wedding Was Their Second Wedding

The duo had gotten married three days prior to their very much public and lavish loyal wedding. According to Meghan, the vows from their intimate wedding are framed in their home. 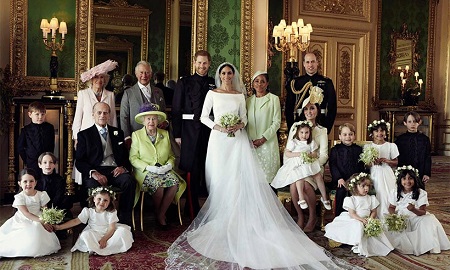 CAPTION: The couple revealed The duo had gotten married three days prior to their very much public and lavish loyal wedding. SOURCE: Hello Magazine

6. Harry's Relationship With His Brother And Father

Harry had always expressed his unconditional love for his brother, however, now he revealed that their relationship is space at the moment. 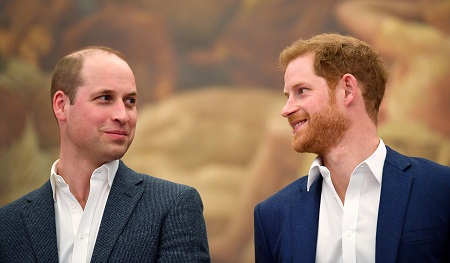 But "the relationship is space at the moment," Harry added. "And time heals all things, hopefully."

He also shared how his father did not even pick his calls when he first exists from the royal duties. They are now in speaking terms.

When Winfrey asked why Prince Charles was not taking his calls, Harry after a long pause replied:

"Because by that point, I took matters into my own hands," he replied. "I needed to do this for my family. This is not a surprise to anybody, it's really sad that it's gotten to this point, but I've got to do something, for my own mental health and my wife's. And for Archie's as well, because I could see where this is headed."

Meghan denied the rumors of making Catherine, Duchess of Cambridge, during her wedding preparations and claimed it was the other way around.

"A few days before the wedding she was upset about something pertaining to flower girl dresses. It made me cry, it really hurt my feelings," she said.

She added that "There was no confrontation," and that she has forgiven the Duchess of Cambridge, who is known as Kate. She is "a good person,"

Meghan further added: "I don't think it's fair to her to get into the details of that, because she's apologized, but the hard part was being publicly and relentlessly "blamed for something I didn't do, but happened to me."

8. He Saved All Of Us, Says Meghan On Harry Support In Stepping Back

After Harry said that he was trapped in the system without even knowing and Meghan helped him get out of that,  Duchess of Sussex sweetly disagreed with her husband and said:

"I think he saved all of us," He ultimately called it, and was like, we've got to find a way for us, for Archie."

She then turned to her partner and said, "You made a decision that certainly saved my life. And saved all of us."

When asked about life after leaving the royal family and the duties, the couple replied:

"This year has been crazy for everybody, but to have outdoor space where I can go on walks with Archie, and we can go for walks as a family, and the dogs, we can go for hikes or down to the beach, which is so close," 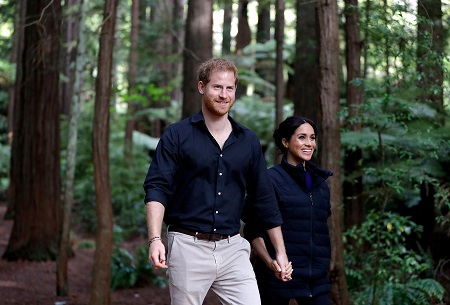 Harry also said. "I guess the highlight for me is sticking him on the back of a bicycle in his little baby seat and taking him on bike rides, which is something I was never able to do when I was young."