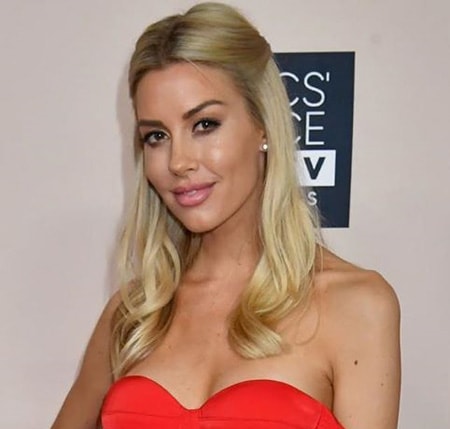 After around a year from Flip or Flop star, Tarek El Moussa's infamous divorce from longtime wife Christina Anstead, Heather Rae Young and Tarek El Moussa started dating. Young had been rumored to be in a romantic relationship with Moussa for a long time before the adorable couple confirmed the rumor with a sweet kiss in July 2019.

Young and Moussa were snapped kissing and cuddling on a yacht at the Portfolio Hotel & Marina in California. For a few weeks, Heather kept her relationship away from the media as well as from her fans. However, back in August, the realtor took to her Instagram, confirming her relationship with El Moussa. 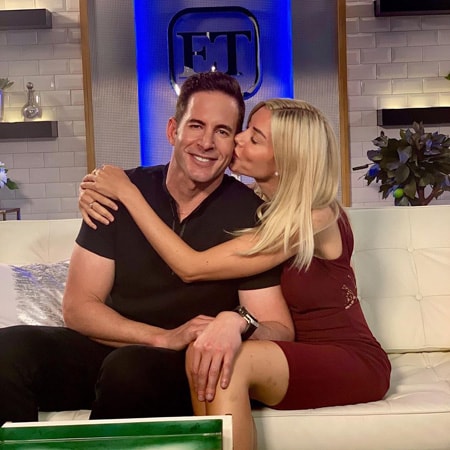 The lovebirds have just spent a couple of months together, however, they are so committed to each other as if they have been dating for a decade. Moreover, their respect for one another makes everyone believe that they are made for each other.

Meanwhile, the Flip of Flop star El Moussa gifted an astounding White Ferrari to his girlfriend on the occasion of her 32nd birthday. Young took to her Instagram sharing the snap of the couple in front of the lavish car. In the caption, Young said she had told Moussa a white Ferrari was her dream car on their first date. 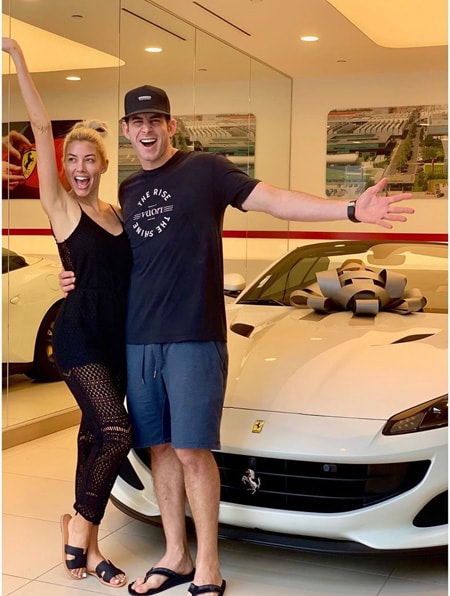 Heather Rae Young was born in Anaheim, California, the USA on September 16, 1987. Young grew up in a small town of Running Springs in California. She is American as per her nationality and belongs to the White American ethnicity.

Information regarding her parents and childhood is not revealed as of now. Moreover, details regarding her educational background are not available in the media.

Heather Rae Young started working as a server at a local Pizza place. Later on, she started working as a ticket-checker at the Snow Valley Resort and as a clerk at a video store. Shortly after she turned 18, Young left her hometown Running Spring in order to pursue her modeling dream.

In 2008, Young attended a "Playboy" casting call. Later in 2009, she was called back and was featured on the Playboy Cyberclub website in the pictorial "Lounge Acts." In February 2010, Young was announced the Playboy Playmate of the Month.

Besides, Young remained active as a swimsuit, glamor, and lingerie model for some years. She also worked as a spokesmodel for Captain Morgan, Smirnoff, Baileys, and Jose Cuervo. 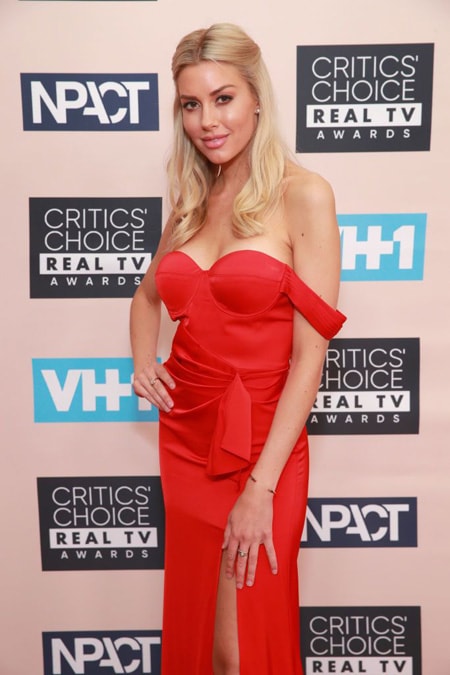 Meanwhile, Young made her first television appearance as "Tina" in "The Baby" episode of the comedy TV series Till Death in 2010. In 2019, Young made her appearance in the Netflix reality series Selling Sunset which was first aired on March 22.

Model and Realtor Heather Young Is Undoubtedly a Millionaire

The 32-year-old former model and realtor has been active for over a decade and has undoubtedly earned a ma s sive sum of money. Even though the exact net worth is not revealed, Young's net worth is believed to be over $1 million.

Information regarding her a s sets and properties are not revealed, however, she has a brand new Ferrari that her boyfriend Tarek El Moussa gifted her on her 32nd birthday. The price of the vehicle is estimated to be around $250k.