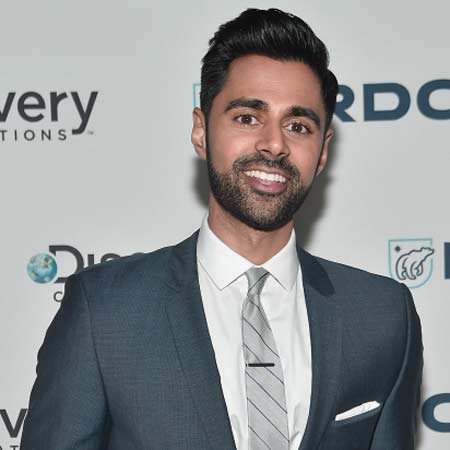 Indian-American comedian and actor, Hasan Minhaj is most known for serving as a senior correspondent on Comedy Central's The Daily Show since 2014. He launched his first-ever stand-up comedy, special Homecoming King, on Netflix on May 23, 2017, where he shared the experience of growing up in an Indian American Muslim family.

His other television credits, State of Georgia, Disaster Date, and Arrested Development. In 2017, he won the International Man trophy at the GQ India Men of the Year Awards.

Minhaj, who is known for hosting Netflix's Patriot Act with Hasan Minha, has been married to Beena Patel with who he shares two children.

Born in a Muslim Family

Hasan Minhaj was born on 23rd September 1985 in Davis, California, the U.S. He belongs to Asian descent and holds an Indian-American nationality. He is from a Muslim family originally from Aligarh and Seohara, Bijnor Uttar Pradesh, India.

Minhaj was born to Muslim parents Najme Minhaj and Seema Minhaj in Davis, California. Soon after his birth, Minhaj and his father stayed in the US but his mother returned to India for eight years in order to complete her medical school. He also has a sister named Ayesha Minhaj who is an attorney in the San Francisco Bay Area. He can fluently speak Hindi.

Minhaj received his BA degree in political science from the University of California, Davis.

Career as a Comedian

Minhaj started his career in comedy, after watching Chris Rock's stand-up special ‘Never Scared’ (2005). He was highly inspired and traveled to San Francisco to perform.

In 2008, Minhaj won Wild 94.9's Best Comic Standing competition, which gave him an opportunity to perform in an opening act for comedians like Pablo Francisco, Katt Williams, and Gabriel Iglesias.

The following year, he moved to Los Angeles, where he performed on NBC's Stand-up for Diversity and became a finalist. In 2010, he made a guest appearance on two episodes of the comedy web series, The Legend of Neil. 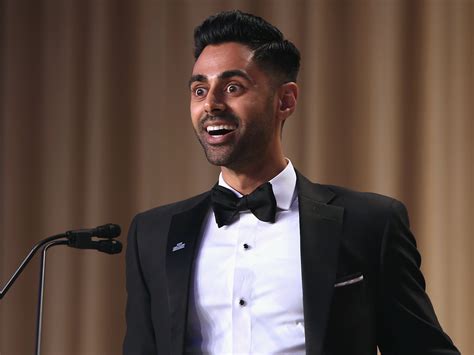 In 2014, November 19, Minhaj joined the American late-night talk and news satire television program, The Daily Show as a correspondent. He currently hosts the show along with Comedian, Trevor Noah.

In October 2015, Minhaj’s show Homecoming King premiered Off-Broadway. The next year of June, he hosted the Radio and Television Correspondents Dinner. In April 2017, he was selected as a speaker for the 2017 White House Correspondents' Dinner. There he took a dig at the Washington, D.C. society, media, American politics, current events, the president, Washington press corps, and many others.

He even criticized Donald Trump for boycotting the dinner! And reminded the press to do their job:

We are here to talk about the truth. It is 2017, and we are living in the golden age of lying. Now's the time to be a liar, and Donald Trump is liar in chief. And remember, you guys are public enemy no. 1. You are his biggest enemy. Journalists, ISIS, normal-length ties. And somehow, you're the bad guys. That's why you gotta keep your foot on the gas

Minhaj, who has received two Peabody Awards and two Webby Awards, has been hosting Patriot Act with Hasan Minha on Netflix since 2018.

Hasan Minhaj has earned a substantial amount of money throughout his career as an actor and comedian.

According to the Celebrity Net Worth website, Minhaj has a whopping net worth of $3 million.

He has not disclosed his exact salary but the average salary of an American comedian is reported to be between $30k and $40k.

Hasan Minhaj married his longtime girlfriend Beena Patel, who belongs to the Hindu family, in January 2015. The couple first met in college at UC Davis. 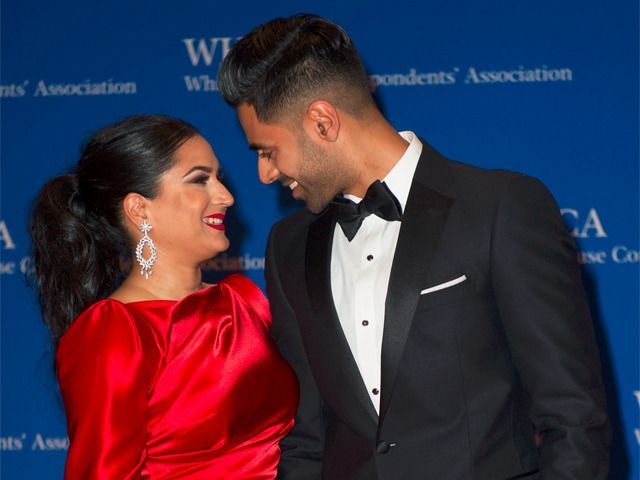 Minhaj’s wife is a Doctor of Public Health and works with homeless patients. She even holds the position of Management Consultant for MedAmerica.

The family of four resides in New York City.