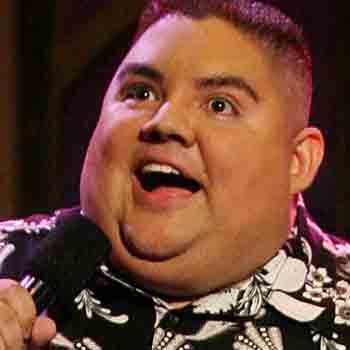 Gabriel Jesus Iglesias is a very popular and renowned name of a comedian, actor, writer, producer, and voice actor. He is known as Gabriel Iglesias and in the comedy world as Fluffy. He is best known for his shows I’m Not Far…I’m Fluffy and Hot & Fluffy.

Iglesias was born in year July 15, 1976, in San Diego, California, U.S. He was born to a single mother as the youngest of six children. He holds an American nationality and belongs to Mexican heritage.

Iglesias grew up in Riverside, Corona, Santa Ana, Baldwin Park, and Compton before settling in Section 8. His childhood and most of his youth were spent there in a low-income, housing in Long Beach. the

Iglesias had worked in a cell phone company in Los Angeles before entering the comedy sector. His family had urged him to remain in his job because of their financial condition, but he insisted on working in the comedy arena.

Iglesias entered the comedy world using the 1940s popular saying amongst the overweight as “Oh, I’m not fat, I’m fluffy.” This has been his identity. He used several of the references in his act relating the obesity and many people liked him.

Besides, Iglesias has also appeared on the television screen in different series and their episodes starting from All That, in 2000. Later he played in Premium Blend, My Wife and Kids, Comedy Central Presents, Last Comic Standing, The Emperor’s New School, Live at Gotham, Hot, and Fluffy, Family Guy, Just for Laughs, I’m not fat…I’m Fluffy, Gabriel Iglesias Presents Stand-Up Revolution, The High Fructose Adventure of Annoying Orage and Aloha Fluffy: Part 1 and 2.

He was disqualified from the Last Comic Standing as he was using the cell phone to call his girlfriend, which was against the rule of the show.

Iglesias, age 40, is not married yet. He currently resides in San Diego, California. He is the master in giving affected voice and sound effects in his acts. Besides, he is a quality storyteller in his performance. His body weight and use of Hawaiian shirts are his trademarks. He was even called a “comedy genius” by Hector Saldana who works for San Antonio Express-News.

Iglesias has been active in this entertainment world since 1997. He performs in the observational comedy, Impressionist, Documentary, and satire genres including the topics of daily life, obesity jokes, racial relations, and Mexican American Culture. He is an avid fan of actors Paul Rodriguez, Eddie Murphy, Robin Williams, and Bill Cosby.

Talking about the personal life of Gabriel, he is not married yet. He might have dated several girls in the past, but he has not confirmed the relation. He is currently dating his girlfriend, Claudia Valdez. She has a son named Frankie but from Gabriel. He is taking care of her as well as her son.

Iglesias is the inspiration and idol in the overweight community. One who is possessed with obesity has lost 100 pounds for the movie, "The Fluffy Movie." Comparing to his old picture and a recent one, he looks more handsome now.

Iglesias stands at an incredible height of 1.73 meters (5 feet 8 inches) and weighs 118 pounds. His current net worth is $30 million. He is one of the highest-paid comedians.

Iglesias is active on social networking sites like Facebook, Twitter, and Instagram and has huge followers on his account. His videos are viral on YouTube, which helped him a lot to gain more popularity. Gabriel also owns his personal site where his fans can get more information on him. Besides, internet sites are the best locators to find information on him.