Harry Melling is a popular English actor who grabbed huge attention for appearing as Dudley Dursley in the Harry Potter movies. The actor started his acting profession in 2000 and has appeared television series like Just William, The Musketeers, The War of the Worlds, among others.

His grandfather, Patrick Troughton, was widely known for appearing as the Second Doctor in Doctor Who. Likewise, the name of his uncles is David Troughton and Michael Troughton. Also, Jim Troughton and Sam Troughton are his cousins.

The 31 years old actor began his acting profession in 2000; however, he grabbed huge attention in the following year, appearing as Dudley Dursley in the Harry Potter and the Philosopher’s Stone. He then went on to appear in four movies, Harry Potter’s sequel. 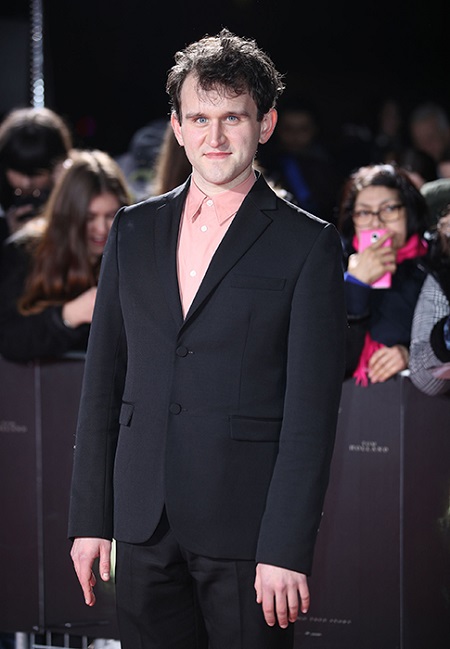 Harry has also appeared in other movies like The Devil All the Time, The Keeper, The Lost City of Z, Waiting for the Barbarians, The Ballad of Buster Scruggs, The Old Guard, and so on.

Likewise, regarding television career, Harry first appeared as Young Oliver in the 2005 television series, Friends and Crocodiles. He then worked in series like His Dark Materials, Just William, Merlin, Garrow’s Law, and The War of the Worlds.

His stage performances include in Mother Courage, and her Children, The School for Scandal, The Hothouse, Women Beware Women, I Am a Camera, King Lear, Peddling, Hand to God, Jam, The Angry Brigade, among others.

The actor has definitely earned a high figure of money from appearances in the super-hit Harry Potter movies and its sequel.

As of 2020, his net worth is reported to be around $2 million. No doubt, Harry’s acting career is the primary source of income. His annual salary is approximately $250 thousand.

The 5 feet 8 inches tall actor is not married at all; however, he is currently dating actress, Katherine Drury. As per sources, they started dating in 2013 and has been inseparable since then.

Maybe, having the same pa s sion for acting is what made their relationship healthier and smoother. For now, the pair has kept their relationship away from the media, so many sources have a s sumed and questioned if they have already broken up or still together.