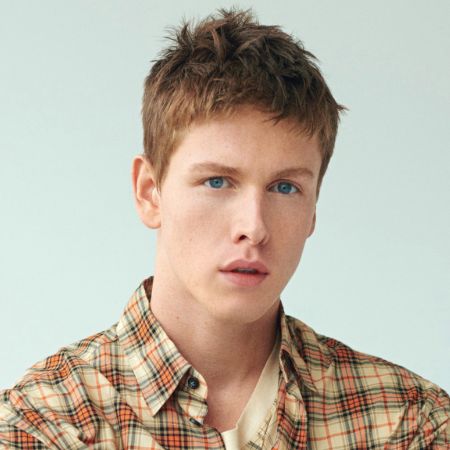 Harris Dickinson is an English film and television actor most known for his appearances in movies like Beach Rats, Postcards from London, The Darkest Minds, Matthias & Maxime, and Maleficent: Mistress of Evil.

How Old is Harris Dickinson? What is his Height?

Dickinson grew up in Leytonstone, East London, and studied at went to a local high school before dropping out at age 17 with the intent to join the Royal Marines. He was talked out of it by his drama coach and he continued studying at RAW Academy in London.

Harris Dickinson began his career behind-the-scenes, writing, editing, and directing such short films as 2013's Who Cares and 2014's Surface.

He made his on-screen debut in 2014 as Stanley in the short film Battle Lines. He also made his television debut later that year as Tonka in a couple of episodes of the third season of the BBC Three sitcom Some Girls.

He went on to play P.K Bell in the 2016 made-for-TV movie Home and played Aaron Logan in the two-part episode, titled "Remembrance", of the BBC crime-drama series Silent Witness.

His breakout role came in 2017 when he landed the lead role of Frankie in the American indie drama film Beach Rats, which premiered at the 2017 Sundance Film Festival. His performance landed him nominations for the Gotham Independent Film Award for Breakthrough Actor and the Independent Spirit Award for Best Male Lead.

He went on to have notable movie appearances including his roles as Liam Stewart in Postcards from London, Liam Stewart in The Darkest Minds, McAfee in Matthias & Maxime, and Prince Phillip in Maleficent: Mistress of Evil.

He is set to have a prominent role as Conrad in the upcoming third installment in the Kingsmen series of spy-action movies, The King's Man, alongside Ralph Fiennes, Gemma Arterton, and Rhys Ifans, among others.

Additionally, other upcoming projects include movies like The Medium, The Souvenir Part II, and Triangle of Sadness.

According to celebritynetworth.com, Harris Dickinson has a net worth of $3 million as of September 2020. A film and television actor, his wealth comes from his career earnings, media appearances, brand endorsements, and the like. To date, he has accumulated 19 credits combined across cinema and television, including roles in movies like Beach Rats, Postcards from London, The Darkest Minds, Matthias & Maxime, and Maleficent: Mistress of Evil; and TV shows like Some Girls, Silent Witness, Clique, Trust, and The Dark Crystal: Age of Resistance.