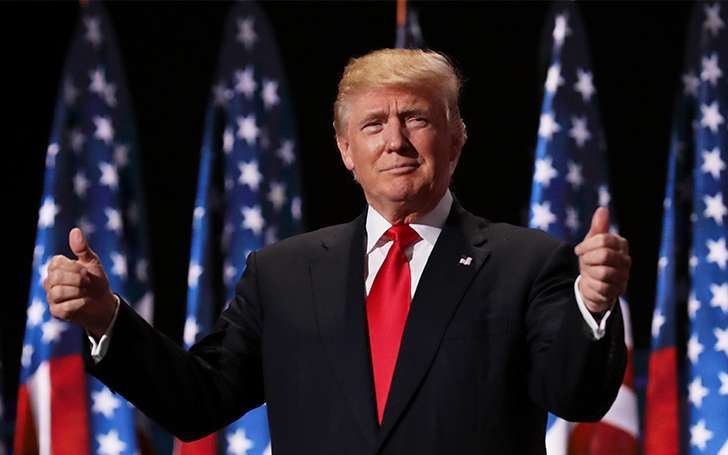 Happy Fourth of July! We all know fourth of July is much more than just a historic date. Globally, this day of celebration is also one of the most talked about American celebrations.

The day marks the official independence of the states from their British Predecessors, in 1776. The Declaration of Independence was originally set to come out on 2nd July but the Congress held it back and finally released it on the Fourth of July, giving entire America a reason to rejoice forever.

This Fourth of July is unlike any other, you ask why? Well, we have President Trump and his tweets now.

President Donald Trump and his Fourth of July Tweets

Statistically, President Donald Trump has spent 12 percent of his life on Twitter as of today. He joined the microblogging site in 2009 at the age of 62 and is active then till date. It's not much of a surprise to know that Trump has been on Twitter for 1 out of every 9 days he’s been alive.

The aftermath of this is that we have a pretty good record of the past eight years of Trump’s life and how his tweets have evolved from President Obama’s two terms to his own.

And what we have realized is that President Trump is quite fond of the particular Holiday we call the Fourth of July. He has tweeted in ever single Fourth of July since 2009.

Here, we’ve got the list of President Donald Trump's Fourth of July tweets

Here's to a safe and happy Independence Day for one and all - Enjoy it! --Donald J. Trump

Wishing everyone a wonderful Independence Day weekend. We have a lot to be thankful for.

Wishing everyone a wonderful Independence Day holiday weekend, a great celebration for a great country.

Trump's first 3 years' tweets were very decent and straight forward. However, his tweets started changing their patterns in a year.

And this was the year where he actually thought about cracking the "birth certificate" joke.

Then, the new era of Trump started where he started revealing his more outrageous side with various remarks on his Twitter

While he was busy endorsing Republican Mitt Romney on 3rd,

On Fourth, he again made another "I predicted that" tweet

Just as I predicted, @BarackObama is preparing a possible attack on Iran right before November. http://t.co/ISaJp1xo

On 2013, he maybe forgot about the Independence Day and rather spent the day by celebrating a legal victory.

He also retweeted a really tawdry response to the settlement.

"@Mishaforever: @realDonaldTrump @MikeDGarrison Fuck yeah! She SHOULD have to pay!" She said some really bad and stupid things.

After his over dramatic aggression, he then decided to actually show his obsession with sharks.

Sorry folks, I'm just not a fan of sharks - and don't worry, they will be around long after we are gone.

Sharks are last on my list - other than perhaps the losers and haters of the World!

It again wasn't much of a surprise to see that he didn't tweet anything about the holiday itself.

Happy 4th of July to everyone, including the haters and losers!

Well, he, of course, had to mention his losers and haters as well.

By 2015, he was finally the candidate for the presidency. And keeping that in mind, his tweets again changed their formats taking on his campaign slogan.

HAPPY 4TH OF JULY TO EVERYONE! MAKE AMERICA GREAT AGAIN!

He celebrated the holiday with a very heart warming and professionally designed image and video.

Then finally Today, his first Independence Day as the President, he tweeted a video of a choir singing the song "Make America Great Again" with a humble caption as well.

A very positive and drastic change in the tweets he posted ever since from 2009 but that still leaves a question. Is Trump actually acting Presidential now?

Well, whatever it is, we wish that he really celebrates the day with the feeling of patriotism in the heart and does only good things for America in the upcoming years.