Hannah Jeter and Derek Jeter Are Having a Baby Girl soon! Find out dates 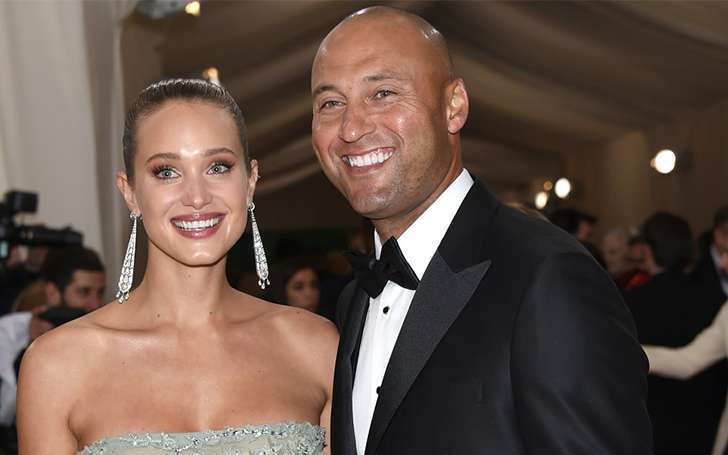 Hannah Jeter, a popular swimsuit fashion model, is married to former baseball player Derek Jeter. She is expecting her first child with her husband, Derek. The couple married in 2016 after being engaged for two years.

Here are some exclusive details about her personal life, everything you've ever wanted to know!

Hannah Jeter is Pregnant! Yes, She is!!

Hannah Jeter and her husband Dexter announced that they are expecting their first child via a blog post in February, the couple got married in July 2016. It seems like they were in quite a hurry. The world needed a baby Jeter anyway!

Derek Jeter, the retired New York Yankees' shortstop, appeared at Yankee Stadium on 14 May with his pregnant wife Hannah to honor his career with the team.

They have expressed their excitement of starting a new family saying it is something that they have been looking forward to. The couple has revealed that they are going to have a baby girl.

And Derek apparently, already has a baby name. Hannah wrote in The Players Tribune’s article The Derek I Know:

He already has a name in mind — he’s set on it. (We’ll see.) He’ll say when he calls me during the day: So, how are you and so-and-so doing? That’s not the name yet, sweetie.

Hannah Jeter is taking this pregnancy so well. People would think that maternity outfits can't be sexy! But Hannah Jeter proved that she can rock just about anything even with a baby bump.  She showed off her blossoming bump in sheer mesh dress to sports illustrated swimsuit event on Feb 18, 2017.

Hannah, 26, revealed that she wants a ‘team’ of kids with her husband, Derek Jeter. Let’s just get through one, and we will tell you in future if she will form a team of kids or not.

The couple married on 9 July 2016 at Meadowood Napa Valley Resort in St. Helena, California.They became husband and wife in front of an intimate gathering of family and friends. The grounds were beautifully landscaped offering a stunning backdrop to the wedding ceremony.

Fewer than 100 people attended their wedding. Most of the Yankees star were in attendance; some names include Jorge Posanda, Andruw Jones, and Tino Martinez.

The couple frequently attended several events together before getting married in 2016. Hannah dated Chad White, Richie Akiva and Kanye West before meeting Derek.