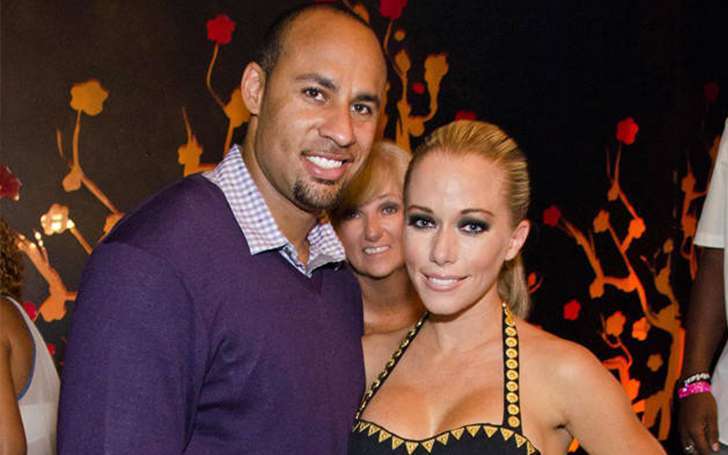 Will you forgive your partner if he/she cheated on you? You may not but model Kendra Wilkinson did. It was not an easy decision for her, however, she got over the situation and is now living happily with her husband Hank Baskett.

Why did Kendra Wilkinson's forgive Hank Baskett for cheating on her? We have the full report along with details of their married life!

Kendra Wilkinson and Hank Baskett first met in 2008 at Playboy golfing event, the model revealed it was love at first sight for her. They have been married for nine years now and with some pretty rough patches in their marriage.

32 years old former Playboy model shared a picture of two together in her Instagram post on 22 March 2017. That proves that the couple is still doing well despite Hank Baskett's extra-marital affair.

“[Nine] years ago I met the person who would take me all the way to the top and hold me there even during the weakest times. We met that day out on the golf course and knew he was mine.”

“Even with [a] little bump in the road, nothing or nobody can be greater or make me feel more successful than [Hank]. Imperfection is where great change and growth happens with us,”

The" little bump" she mentions is the cheating scandal three years back.The NFL athlete Hank Baskett was accused of cheating with a transgender model in 2014. During the time, Wilkinson was eight months pregnant with her second baby.

34 years old footballer also shared a cute message for his lovely wife in his Instagram post where he shared the picture they took the day they met for the first time.

Hank Baskett and Kendra Wilkinson with their son

She said in an interview with Us Weekly that they are 'happy' and that 'everything is great,' but she also confesses that 'it's going to take a lifetime to trust him again.'

Wilkinson admitted that she kicked her husband out of the house and was about to file for a divorce but one of her friends suggested her to wait. And looks like waiting did the couple well!

Hank Baskett and Kenda Wilkinson got married on 27 June 2009 after six months of dating. Come 2017 and they have a family now.

They couple currently resides in Los Angeles with their two children: Henry Randall "Hank" Baskett IV who was born on  December 11, 2009, and Alijah Mary Baskett who was born on May 16, 2014.

Despite the cheating scandal, the couple didn't give up and they remain committed. They seem to be a happily married couple as far as their social media pictures of their family go.