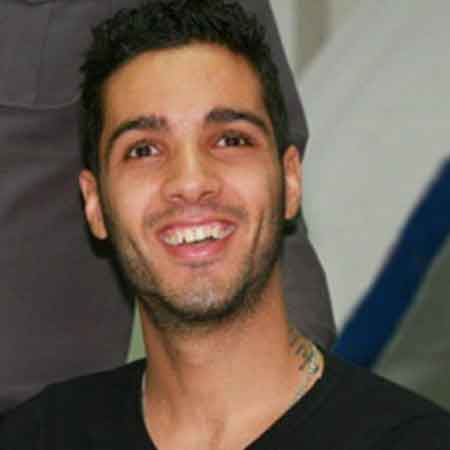 Hamza Bendelladj is an Algerian hacker who is better known by his code name BX1. The hacker made headlines when he was arrested in January 2013 in Thailand. He was in the list of top 10 most wanted hackers by FBI as he allegedly embezzled millions of money from American and European banks. Bendelladj claimed he donated the money to multiple Palestinian charity organizations. Following his arrest, his supporter asked for his release with #FreeHamzaBendellaj.

Hamza Bendelladj was born on 1st of January 1988 in Tizi Ouzou, Kouba, Algeria, under the birth sign Capricorn. His birth name is Daniel Hamza Bendelladj and his mother tongue is Arabic. He follows Islamic religious values. He was graduated in computer science.

Bendelladj is also known by his nicknames Smiling Hacker, Daniel HB, and Robin Hood. He belongs to Algerian nationality and as far as her ethnicity is concerned, he has a mixed ethnical background.

Bendelladj is a computer science student and has had great knowledge regarding internet technology. He co-created the malicious software named SpyEye, a virus which attacks users running the web browser Google Chrome, Firefox, Opera, iOS, Microsoft Windows, and others.

SpyEye popularly peaked from 2009 to 2011 infecting over 50 million computers all over the world. From the malware, he and the co-creator of the SpyEye software, Aleksandr Andreevich Panin (also known as Gribodemon), embezzled $10 to $20 million.

Bendelladj was one of the young hackers to be listed on the top 10 list of the most wanted hackers by the Interpol and the FBI. He reportedly hacked 217 American banks and financial institutions.

The Algerian hacker theft over 10 million money from the malware SpyEye. According to several reports, he stole that money to help Palestinian charities. Bendelladj himself claimed that he donated $280 million to the several Palestinian NGOs.

Bendelladj is also known as Robin Hood for his alleged charities to Palestinian and African charities.

Hamza Bendelladj is a married man, but he hasn't revealed his wife's identity. From the marriage, he has one daughter. He was living in Bachdjerrah, Algeria before his arrest in 2013.

The hacker was on the top 10 most wanted list of hackers. He was arrested on 8 January 2013 in Bankok, Thailand by Thai police during his transit from Malaysia to Egypt. He was arrested with his smiley face which later earned him another nickname Smiling Hacker.

Soon after Bendelladj's arrest, the rumor of his death penalty swirled on the internet. His supporters started a campaign asking to save his life. Since computer crime was not capital ones, he wasn't punished by the death penalty.

Bendelladj is in the jail in the US from his arrest in 2013. On July 1, 2013, his accomplice Aleksandr Andreevich Panin was arrested at Atlanta Hartsfield-Jackson International Airport. And in January 2014, he pleaded guilty to the Atlanta Federal Court.

On 20 April 2016, Bendelladj's was sentenced 15 years in prison following by 3 years of supervised release. Even now, his supporters are asking for his freedom by using #FreeHamzaBendellaj and #FreePalestine.

Here's a video of the Smiling Hacker who was arrested in Thailand.