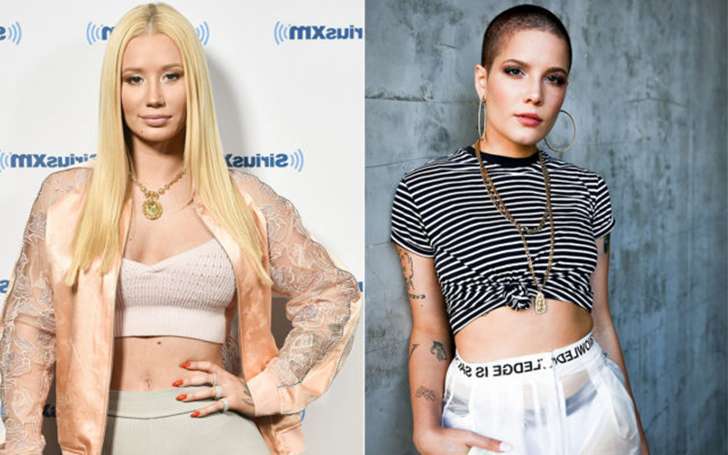 Halsey, the pop singer/songwriter, recently sat down with The Guardians to discuss her second album, Hopeless Fountain Kingdom – and because she’s Halsey, things got very real, very fast. The singer talked about her new album and her thoughts on singer/rapper Iggy Azalea.

In the interview, she revealed that her forensic knowledge of pop, combined with her trumpeted social conscience, makes it all the more surprising that her new album includes a guest collab from Migos rapper Quavo, whose comments on homosexuality and subsequent apology have raised eyebrows. 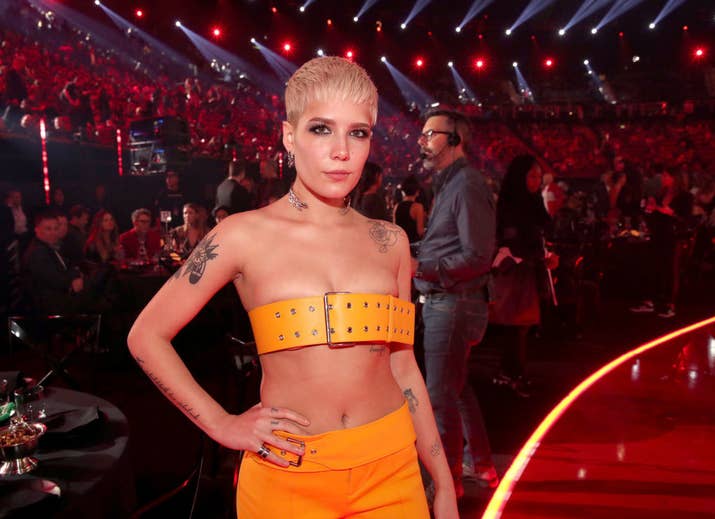 Halsey’s album also includes a groundbreaking bisexual love song with Fifth Harmony’s Lauren Jauregui. When interviewer asked can she police everybody within the walls of her new album, she replied,

Yes, I can, and there’s a lot of people I wouldn’t put on my record. Iggy Azalea: absolutely not. She had a complete disregard for black culture. Fucking moron. I watched her career dissolve and it fascinated me.

However, she has put rapper Quavo on her record and Twitter is upset with her ''hypocrisy.''

Halsey is facing a major backlash after her comments on Iggy.  People on Twitter and other social medias are visibly upset. People called her a homophobe and a hypocrite for collaborating with Quavo who has made various homophobic comments in the past.

At least Iggy Azalea had a career, the only Halsey song I know is closer and that's not ever her song xdd #HalseyIsOverParty

HALSEY DISSED IGGY BECAUSE SHES RACIST AND HOMOPHOBIC SO I BETTER NOT SEE A SOUL DEFENDING IGGY BYE pic.twitter.com/BrLb4WJD7O

Making excuses for homophobia and taking pride in seeing another woman destroyed what a woke feminist ?? https://t.co/woQT81Gbq3

Trying to explain herself Halsey burst into a number of tweets herself:

Honestly? I didn't know that Quavo had made homophobic comments when I collaborated him. We've never spoken a word to each other and +

+ I have no intention of pursuing a friendship there, unless he wants to make a legitimate apology.

I work tirelessly to represent & support marginalized communities I love & am a part of. I'm sorry if my actions have ever seemed otherwise.

I only meant to say that people can struggle being socially conscious if they don't have the information/vocabulary. So we must educate them

And I'm proud to watch the young people around me work hard to educate themselves and others to stay woke every day.

I think thats an important point. I AM queer & I TRY to be understanding & want people to be educated. But im truly sorry for my misjudgment https://t.co/ESomRyiyBh

Again, I am truly sorry for my misjudgement and I am happy to have listeners who hold me accountable.

Looks like there's a new beef in Hollywood; Halsey and Iggy. Let's see where this goes!

8 Things about Halsey That You Need to Know

Despite all the drama, still, love Halsey? Enjoy the video then!

Love her or hate her Halsey you have to agree that Halsey makes good music and has come this far on her own. And that is truly incredible!