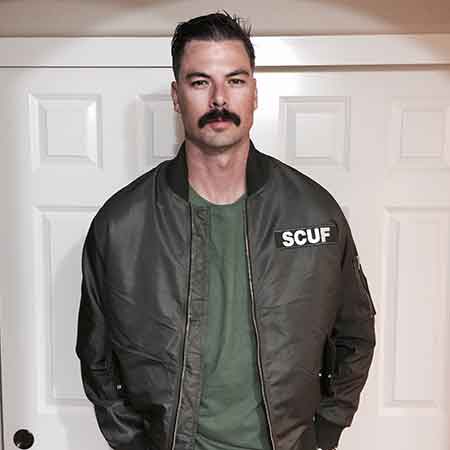 Herschel "Guy" Beahm IV, best known by his online pseudonym, Dr DisRespect, is an American Twitch.tv streamer and internet personality who has garnered more than 2.9 million followers on the platform. He is most popular for playing battle royale video games such as PlayerUnknown's Battlegrounds, Call of Duty: Black Ops 4, and H1Z1. He has won awards such as Esports Industry Awards for Streamer of the Year and The Gamer Awards for Trending Gamer.

Guy Beahm who is famous as Dr Disrespect was born on March 10, 1982, which makes his age 36 as of 2018. His birthplace is totally unknown although he has currently settled in Washington.

He graduated from the California State Polytechnic University, Pomona. During his time at university, he played Division II NCAA basketball.

Beahm introduced the character Dr Disrespect when he began playing Halo 2 on the Xbox which had proximity voice chat. He took an opportunity to showcase a "dominant character" as he was good at the game and could "back up the talk, which made it more genuine."

Then on January 5, 2010, Beahm along with his roommates started a YouTube channel. On 11 January he posted his first video showing gameplay of Call of Duty: Modern Warfare 3.

He was then featured in several videos for the gaming channel named Machinima, usually playing Call of Duty. He is inactive on Youtube since late 2011 and has not released any content to date.

He later became the community manager of Sledgehammer Games on March 16, 2011, and was later promoted to level designer and helped to create maps for Call of Duty: Advanced Warfare.

He left Sledgehammer in 2015 after joining Justin.tv so that he could focus his full attention on live streaming. He gained a huge fan following from playing battle royale games. Beam has been called, "a hyper-caricature of how the stereotypical male gamer views himself".

As of now, he has built a following of more than 2 million on Twitch.tv where he is seen in the larger-than-life personality called Dr Disrespect.  He won Wsports Industry Awards and The Game Awards in the year 2017.

Dr. Disrespect is not characterized as a professional gamer. He is regarded as an entertainer in the streaming industry. He has been described as a WWE character in the competitive gaming world by ESPN. He wears a mullet wig, sungla s ses and has a mustache.

He was the community manager for Sledgehammer Games. He worked for the Call of Duty. He was a level designer, he helped design some of the multiplayer maps for Call of duty: Advanced Warfare including Solar, Horizon, and Instinct.

The gaming pro is one of the rising social media personalities who have a huge number of fan following within the short period of his career. However, his net worth is not disclosed and it is still under review. As a Twitch streamer, he can make $3 K to $5 K per month.

As per the sources, DisRespect earns $687-$11K as per month and $8.2K- $132K per annum from his YouTube channel. He also collects more money from other sites.

He has won awards such as Esports Industry Awards for Streamer of the Year and The Gamer Awards for Trending Gamer.

Beahm is married and has a daughter, however, their identity has not been revealed yet. Though he is still reticent about revealing the name of his wife, he has a number of posts where he mentioned his wife as well as his daughter and family.

On January 4, 2016, he twitted a happy new year with the photos of his infant daughter named Alana.

Beahm once revealed in an emotional video which he posted on YouTube on 14 December 2017 that he cheated on his wife and would be taking a two-month break from streaming to focus more on his relationship. He felt guilty for his action and wanted to work things out with her.

It seems like the pair have worked things out as there is no news of their divorce so far.

Also Read, Twitch Streamer Summit1g's Net Worth 2018: His Sources Of Income And Assets

Check out his interview,