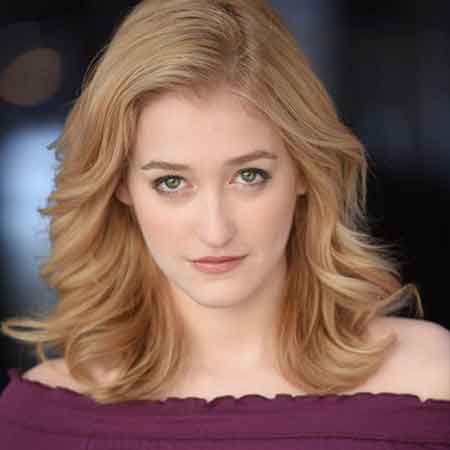 The American actress Gus Birney is best known for her role of Alex Cunningham in the 2017 series, The Mist. Born to an actor family, Gus first tried out acting in commercial advertisements and was cast in the Clean and Clear commercial at the age of 13. Besides, she was also a part of the independent movie The Darcy.

Gus Birney was born Augusta Birney to parents Constance Shulman and Reed Birney under the birth sign Leo on July 27, 1999. Her father Reed Birney is an actor who won Tony Award for Best Featured Actor in a Play for The Humans.  While her mother Constance is an actor known for the series, Orange is the New Black.

Birney was born in New York and was raised with her younger brother Ephraim Birney who is also an actor. Her actor parents had a huge influence on her acting career and at the age of 13 was cast in the Clean and Clear commercial.  The actress belongs to American nationality and regarding her ethnicity, she is White.

The information regarding her education in unclear whether she was homeschooled or a regular student.

Gus Birney is an actress who has been cast in movies and series such as Darcy, The Mist and Here & Now. In the 2015 series, Chicago Med she appeared in a guest role and in the 2017 series The Mist, she appeared in the role of Alex Cunningham.  In the series, she was joined by actors like Morgan Spector, Alyssa Sutherland, Danica Curcic, Frances Conroy and so on. She was also cast in the independent movie The Darcy.

CAPTION: Gus Birney as Alex in the series, The Mist. SOURCE: Romper

Birney first tried out acting in commercial advertisements and later on pursued a career in movies and series. She has done some modeling projects as well and has walked the runway for singer Kanya West.

In the year 2018, the actress went on to play the role in the romantic comedy movie Here and Now.  In the years 2019, she made her appeared in the movie named The Man in the Woods and TV series Dickson.

She also acted in the play Connected and the Rose Tattoo.

How Much IS Gus Birney's Net Worth?

Gus Birney's net worth is not estimated and is still under review. Her main source of earning is from her acting career. The actress has played a number of roles in both movies and TV series. Her parents are renown actors who have contributed a lot to the entertainment industry.

Birney's mother Constance Shulman is estimated to have a net worth of $6 million which she earned from her acting career. Her father Reed Birney is also a renown actor but his net worth is not evaluated yet.

Gus Birney is not married and possibly not involved in a relationship with anyone at the moment. She posts a lot of pictures with some guys in her Instagram but no one has been termed as her boyfriend or partner yet. Birney lives a low-key life and doesn't share much about her relationships with the public.

Birney is a cheerful lady and her aura can make anyone's heart skip a beat. Birney has a very pretty smile with attractive looks. Being an actress she is pretty active on the social media handles and has around 20.9 k as of March 2019.

The actress is a dog person has a pet dog.

Here is a video of Gus Birney's interview at Blue Night Premiere.