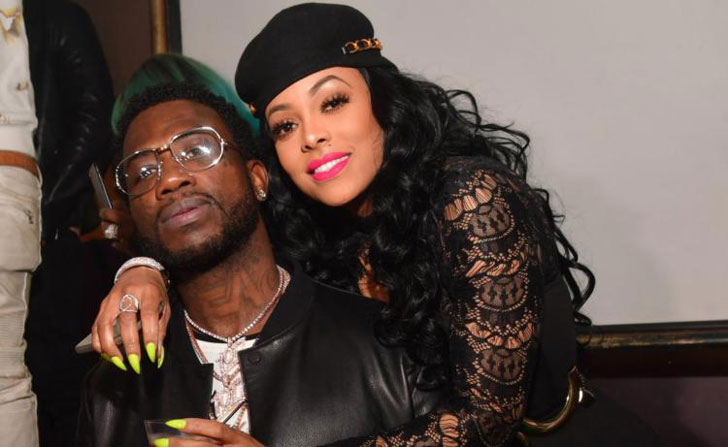 The newlywed bride Ka'oir shared a snap of her bedazzled wedding dress and jeweled headpiece on Instagram on announcing the wedding where she captioned: "Mrs. Davis #1017."

They shared their vows in the ceremony which cost a staggering $1.7 million among the guests including Sean ''Diddy'' Combs, Real Housewives of Atlanta star Kim Biermann, Lil Yachty, Rick Ross, and Jhene Aiko.

BET aired their wedding with a title 'The Mane Event' at 10 pm- where their fans will get an up-close look at all that went into crafting the nuptials.

Gucci proposed his girlfriend Ka'oir in November 2016 during an Atlanta Hawk game. Ka'oir shared in a recent interview how she fell in love with Mane where she said,

I went on tour with Gucci in 2010- that is when it really started to get serious. I fell in love with Gucci when I bathed him... I put him in a shower and just bathed him. I just did things to him and he looked at me and said, 'Wow, no one has ever bathed me before.

The I Get The Bag singer and his fiancee Ka'or had announced their wedding through the social accounts. Earlier this week, the pair shared sweet snaps of their wedding rehearsal, with the rapper, 37, surprising his leading lady with a new car.