Griffin Newman is an American actor and comedian most known for playing Arthur Everest in the Amazon Prime superhero comedy series The Tick and Gavin Rolf in the TBS/HBO Max satirical dark comedy-thriller Search Party.

How Old Is Griffin Newman? What Is His Height?

Griffin Newman was born Griffin Claude Beresford Dauphin Newman on February 19, 1989, one of three children, to father Peter Newman, a film producer, and mother Antonia Dauphin, a casting director. As of March 2021, Griffin is 32 years old and stands at 5 feet 6 inches (1.68 meters).

His younger brother, James Newman, is an actor most known for playing Tony Schneider on MTV's Skins, and his sister, Romilly Newman, is a food blogger.

Born in New York City and raised in Greenwich Village, Manhattan, New York, Griffin attended Saint Ann's School and joined the filmmaking program at California Institute of the Arts but dropped out to pursue his career.

What Is Griffin Newman Known For?

Griffin Newman made his feature film debut in 2004's The Treatment. He has since been seen in such movies as Beware the Gonzo, Beneath, Night Moves, Fort Tilden, Draft Day, Naomi and Ely's No Kiss List, Bakery in Brooklyn, and A Rainy Day in New York. 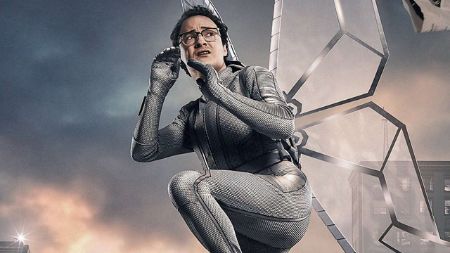 He is most known for playing Gavin Rolf in the TBS/HBO Max satirical dark comedy-thriller Search Party and Arthur Everest in the Amazon Prime superhero comedy series The Tick.

Besides his acting career, Griffin Newman is also a podcaster and co-hosts the movie-themed podcast, Blank Check with Griffin and David, with movie critic David Sims. 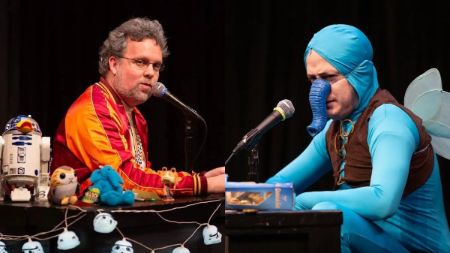 He appeared regularly as Watto on-stage of the Connor Ratliff cult talk show The George Lucas Talk Show at the UCB. Since the venue shut down due to the COVID-19 lockdowns, Newman has been a regular on the weekly streaming show on Ratliff's Twitch channel.

What Is Griffin Newman's Net Worth?

According to superstarsbio.com, Griffin Newman has an estimated net worth of around $2 million. The 32-year-old is an actor, comedian, and podcaster known for such TV shows as Beware the Gonzo, Fort Tilden, Draft Day, and A Rainy Day in New York; and such TV series as Gravity, Law & Order, Blue Bloods, Political Animals, Cop Show, Vinyl, Search Party, The Tick, Our Cartoon President, Supergirl, and The George Lucas Talk Show.