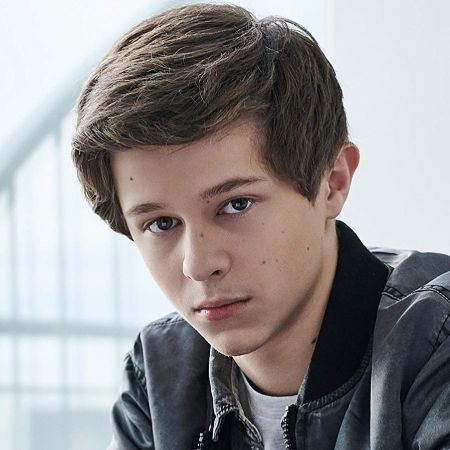 Graham Verchere is a Canadian TV and movie actor and a voice-over actor. At only 17, Graham has gone on to have success in television series such as Fargo, The Good Doctor, and Supergirl. He has also appeared in movies such as Woody Woodpecker and Summer of '84.

Graham Has A Twin Brother

Graham Marc Verchere, known famously as Graham Verchere, was born on February 4, 2002, in Vancouver, British Columbia, Canada. He is one of three brothers born to father Bruce Verchere and mother Cindy Verchere. His older brother is a game developer. His twin brother, Toby Verchere, is also an actor.

His twin, Toby has appeared in the sci-fi-drama TV series, The Fringe and the musical, Kids from Camelot.

Has Appeared In Fargo And The Good Doctor

Graham started his career as the voice actor for Pipsqueak in the 2014 adventure-comedy animated series, My Little Pony: Friendship Is Magic. His role landed him the Young Artist Awards for Best Performance in a Voice-Over Role - Young Actor.

Graham was also nominated in the 2016 Young Artist Awards’ Best Performance in a TV Series – Supporting Young Actor category for his role in the fantasy TV series, Once Upon a Time.

His guest appearance as Miles in the 2015 comedy series, The Impastor, also earned him the Young Entertainer Awards for Best Guest Starring Young Actor in a television series.

He also portrayed Nathan Burgle in the third season of the critically acclaimed TV black-comedy-crime-drama, Fargo. He was cast alongside such talents as Ewan McGregor and Mary Elizabeth Winstead.

Nathan has since been cast in a recurring role as a young Shaun in the medical drama, The Good Doctor, and as George Lockwood in the TV adaptation of the DC Comics character Supergirl, Supergirl.

Graham has also appeared in movies such as Woody Woodpecker and Summer of '84.

Most recently, Graham is set to appear as Leo Borlock in the comedy-romance-drama, Stargirl. The movie is currently in post-production and set to drop in 2020.

Graham is also noted for his theatre appearance. From 2013 to 2014, he played Michael Banks in the Arts Club adaptation of Mary Poppins at the Stanley Theatre in Vancouver. He was nominated in the Best Performance in Live Theater – Young Actor category at the 2015 Young Artist Awards for his portrayal. Following that, he also played Flick in A Christmas Story in 2015.

As of 2021, Graham Verchere's net worth is reported to be around $2 million. A couple of years ago, his worth was $1 million. He is a relative newcomer in the industry and has only had a handful of roles, but has already been a common face.

He has an innate ability for acting, and his talents have been recognized through his roles in the critically-acclaimed Fargo and The Good Doctor. If he keeps up his career trajectory, Graham’s net worth is sure to increase.

The main source of income is his acting career. He also earns from endorsements and commercial deals.

Graham Likes To Do Things A Teenager Does

At 17, Graham is already one of the most recognizable faces in the industry. He tackles his school obligations and his pa s sion for acting simultaneously.

When he finds the time from his busy schedule, Graham likes to do things a normal teenager wants to do. He enjoys playing video games and hanging out with friends.

Graham stands at the height of 5 feet 8 inches.