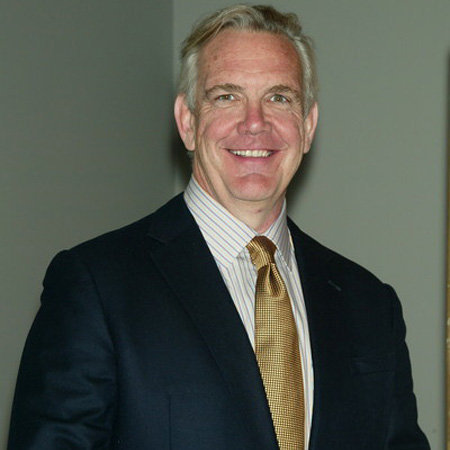 Gordon Elliott  is a British born Australian journalist and producer. He was born on 30 September 1956 in Everton, Liverpool. Even though he was born in England, he grew up in Lewisham, New South Wales, Australia.

He was educated at Christian Brothers' High School, Lewisham and attended the University of Sydney for a law degree. While studying as a Sydney student, Elliott worked part-time on a radio show and ended up on Good Morning Australia. After several jobs hosting morning news programs and landing work as the feature reporter on the Fox Television show A Current Affair (produced by New York's WNYW ) in 1987, Elliott appeared as the house-entering feature reporter on WNYW's morning news program Good Day New York.

The 1990s saw him take turns hosting game and talk shows, including The Gordon Elliott Show from 1994–1997. In 1990, Elliott also hosted To Tell the Truth for two months before being replaced by Lynn Swann. In 2000, he hosted It's Your Chance of a Lifetime. Recently he has hosted the TV Food Network's programs Doorknock Dinners and Follow That Food and the Fine Living network's The Genuine Article, and was the TV pitchman for Campbell's Soup in the early 2000s. He had a recurring role on Oz as the host of a game show that was popular with the inmates. He formed his own production company, Follow Productions in 1999. This company produces Paula Deen's Home Cooking, Paula's Best Dishes and Paula's Party for Food Network.

In 2007, he won a daytime Emmy for Best Lifestyle Series for his work on Paula Deen's Home Cooking. His company has produced many other lifestyle series for cable networks including Simply Wine with Andrea Immer, Pairings with Andrea, Best For Less, the first four seasons of Sandra Lee's Semi Home Made, We Live Hereand Pocket The Difference. He is executive producer of both Food Network shows hosted by Pat and Gina Neely: Down Home with the Neelys and Road Tasted with the Neelys. In 2010, He began producing Spice & Easy for Food Network. He is also the executive producer and off-screen announcer for the lifestyle show The Chew which premiered on 26 September 2011 on ABC. He had his own eponymous 1990s TV talk show program, The Gordon Elliott Show.

Elliott has been very private about his personal life, so we don't know much about him. We do know that he has been married twice. His first wife was from France, and his current wife Sophie is from the U.S. He divorced his first wife before starting a relationship with his second. He is currently married to his second wife and has three children (sons). UK born and Australian raised, Gordon resides in Millbrook with his spouse, Sophie and three sons.

According to various sources, Gordon Elliott's net worth has significantly increased in the year 2015. However the numbers vary depending on the sources.  Further information about Elliott can be found on wiki sites like Wikipedia..