The wife of the eight-time major champion Tom Watson, Hilary Watson, has passed away at the age of 63 following the battle with pancreatic cancer. Tom's agent Barry Hyde confirmed that she died Wednesday night, 27th November.

Hilary had to go through endless rounds of chemotherapy and radiation since she was diagnosed on Halloween 2017. As per the report in the Kansas City Star, she also underwent surgery at the Mayo Clinic in order to remove the tumor. 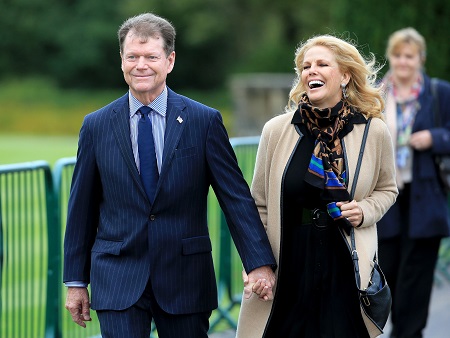 Following the diagnosis, Hilary's husband Tom expressed his admiration for his wife battle with cancer in a Facebook video:

You think cancer, you think end of life thoughts. The more I see her … around people with this disease, it seems like she could care less about it. She’s just going to carry on with her life and let the doctors take care of her. I know one thing, she’s a lot stronger than I am.

The memorial service is set to be organized on 4th December at the United Methodist Church of the Resurrection in Leawood, Kansas.

Born on June 19, 1956, in Fort Victoria, Rhodesia, Hilary was the daughter of Charles Holton and Agnes Holton. She developed a strong passion for horses as a child and also showcased her potential in many show competitions.