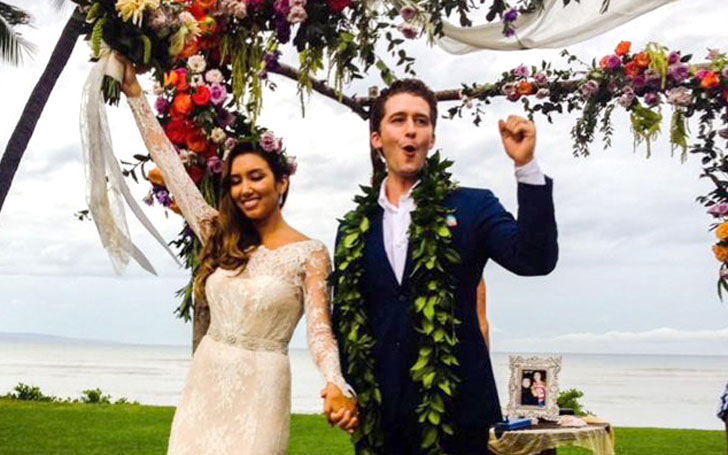 The American actor, dancer and singer-songwriter Matthew Morrison who is famous as Will Schuester on the Fox television show Glee is going to be a dad.
Marrison and his wife Renee Puente, actress and model got married in October 2014. After three years of blissful married life, the couple is now planning a family which the actor disclosed in his Instagram post on Wednesday.Well, we congratulate the couple!

“I’m so excited, and I just want to be the best father I possibly can be,” “looking forward to everything” about fatherhood.

The soon to be father went on to express his happiness:

"I can't wait to share experiences and watch life through my kid's eyes."

Our #MorrisonAdventures have been so epic together, but they have only just begun!! We will have a new addition to the family and I'm blown away by the unconditional love that I already possess for this child.

We can see how excited the couple is to welcome a new member in the family.In an interview with The Los Angeles Times last year, the actor  hadshared his desire to be a father saying

"I am so looking forward to that next phase."

When questioned how many kids does he want.He replied:

"Family is so important so I would want there to be a sibling. Two, I think, but I want it manageable. I think we could handle that,"

"I better check this is the right answer."

Looks like the time has come for.Morrison’s dream to become a father to come true. Such a perfect family, he has!

Morrison and Puente got married on 18 October 2014 at a private estate on Maui in front of 50 family and friends.The couple looked delighted in the wedding as Puente danced and Morrison sang in the ceremony.Morrison also shared his happiness in his tweets.

Conquered Hurricane Ana and got married! Most amazing week EVER. It's my pleasure to introduce, my WIFE, Mrs. Renee Marie Morrison!!

According to whosdatedwho, the couple started dating since June 2011.They got engaged on 27 June 2013 and got married after one year of engagement.Morrison hit the headlines several times after his marriage as the good looking couple was spotted in different events. In his interview with PEOPLE when asked how he knew Puente was the one, he replied:

She kept kind of proving things,” “I was on tour with New Kids on the Block and the Backstreet Boys, and she came on the road and lived in a tour bus with me, and I knew that this was either going to work or it really isn’t. It really did! I knew she was the one consecutively, day after day."

Looks like he made the right decision as they are celebrating three years of their togetherness and are also all set to welcome a new member in the family.Well, we will keep updating more about the couple.
?