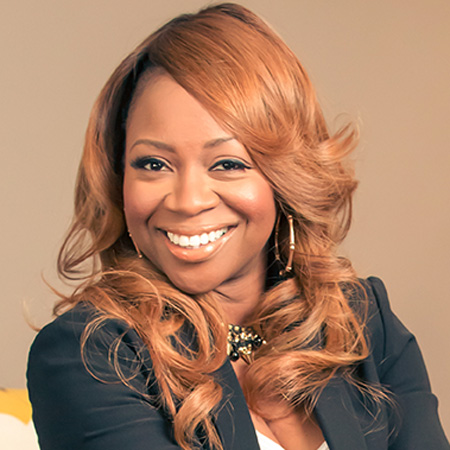 Gina Neely is a famous American restaurateur, known for her work on the Food Network. She was widely recognized after she hosted the Food Network television program, Road Tasted with the Neelys, along with her ex-husband Pat Neely.

Also, Gina and Pat has co-written a cook book, Down Home with the Neelys: A Southern Family Cookbook. They are also the owner of Neely’s Bar-B-Que restaurant in Downtown Memphis, Tennessee.

Gina Neely was born on June 10, 1965, in Memphis, TN. He belongs to black-American ethnicity and holds an American nationality. She has a sister, Ronald Pleas.

Neely began her career in Neely’s Bar-B-Que as a restaurateur along with her husband, Pat Neely. Once the couple featured in Paula Deen’s sons, Jamie Deen and Bobby Deen's show, Road Tasted.

The brothers, Jamie and Bobby were impressed with their cuisine and requested their mother, Paula to visit the restaurant.

During the summer of 2006, Paula ate at the restaurant and she was also impressed. Hence, Paula invited the pair to Paul’s Party, in January 2007.

Soon the couple took over the Road Tasted show from the Deen brothers and named Road Tasted with the Neelys and began hosting the show in July 2008.

Later, the book was released in May 2009 and published by Knopf, a New York publishing house. Through the show, the duo came to lime light and appeared in various reality shows as a guest.

Gina Neely is currently single. Neely married twice, however she has kept her first marriage behind the curtains. From her first husband, Neely has a daughter, Spenser, born in 1989.

Neely then married to her high school sweethearts, Pat Neely, American TV personality. The duo began dating from their high school in the 1980s and after reuniting at their 10th reunion, they married in 1994.

Gina and Pat together have a daughter, Shelbi. However, after being together for 20 years, the pair divorced in 2014 citing irreconcilable differences.

Gina Neely along with her ex-husband Pat Neely has a huge brand in the Food Network and has built a huge empire through the show Down Home with the Neely’s.

Neely has successfully earned an estimated net worth of $2 million.