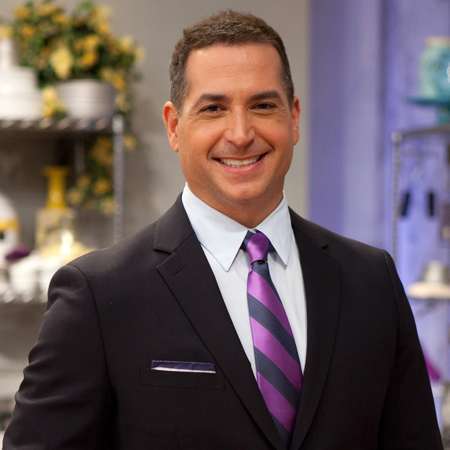 Robert Earl, popularly known as Bobby Deen, is a television cook, restaurant manager, and a television personality. He operates the restaurant ‘The Lady & Sons’ with her mother and brother in Savannah, Georgia. Similarly, Bobby also often appears on her shows ‘Paula’s Party’ and ‘Paula’s Home Cooking’. Likewise, he and his brother also had their own show ‘Road Tasted’.

Bobby Deen was born on 28 April 1970,  in Albany Georgia, U.S. He is the son of popular cooking icon Paula Deen and has an elder brother named Jamie Deen.  The Humanity, love, warmth, and kindness that are so much part of Paula’s personality are really family traits that were passed on to Bobby and his brother Jamie.

After the completion of his high school Bobby Dean began to work as a delivery man and an integral part of the now-legendary home business. All of them worked really hard and introduced the restaurant, ‘The Lady & Sons’ which made them one of the most recognized and beloved families in America.

After the establishment of successful restaurants ‘The Lady & Sons’ Bobby and Jamie launched their own show on the network, ‘Road Tasted’ which became really popular and began to draw younger and a new audience to the growing number of Deen family fans in America. Similarly, the Deen brothers also published several books such as The Deen Bros, Cookbook-Recipes From the Road, Y’all Come Eat, Take It Easy, and Get Fired Up.

In 2006, Bobby Dean was named one of the ’50 Most Eligible Bachelors’ by People Magazine. In January 2012, he introduced his own cooking show, ‘Not My Mama’s Meals’ on the cooking channel. In the show, he tweaks his mother Paula Deen’s recipes to recreate them in a healthier manner. Similarly, he also hosted the festive show ‘Holiday Baking Championship’ in November 2014. Likewise, Bobby and Jamie also began filming the TV show Southern Fried Road Trip for the Food Network in April 2015.

Bobby Dean married Claudia Lovera who is television producer in July 2013. Claudia originally belongs to Caracas, Venezuela. The couple got engaged on 24 April 2013 and after three months, they tied the knot at his mother Paula Deen’s House in front close family and friends.  The pair was in a relationship for a very long time before getting married and still looks very adorable and in love together.

The net worth of Bobby Deen is estimated at $5 million earned through his restaurants and TV shows.