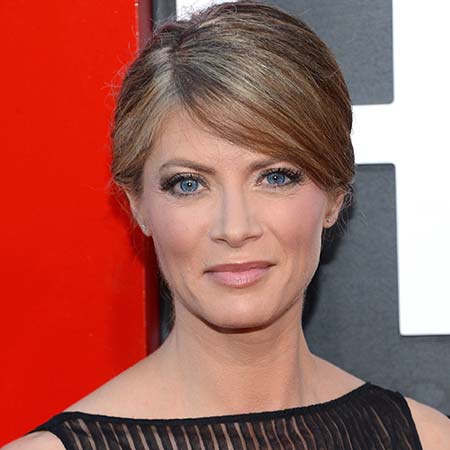 Comic actress, Gillian Vigman is best known for her roles as Jack's wife in numerous commercials for the fast food chain Jack-in-the-Box. Add to this, she is also notable for her membership in the recurring cast of comedians on sketch comedy series MADtv. Likewise, she has also appeared in many popular movies and television shows such as The Hangover Part II, The Hangover Part III, A Crooked Somebody, Adventures in Babysitting, Get Shorty, and Life Sentence to name a few.

Vigman was born in 1972, Holmdel, NJ on January 28 under the birth sign, Aquarius. She holds an American nationality and belongs to the mixed ethnic group.

Well, her father is American and was born Jewish, whereas, her mother is British who later converted to Judaism.

Talking about her education, she attended Colgate University and in 1994, she completed her graduation.

Gillian started her professional career working for The Second City in Chicago. Before joining the series MADtv, she toured with The Second City National Touring Company for launching its 20th anniversary season in 2000.

Then, she played in a sketch The Real Bachelor but she officially joined the cast of MADtv in 2003. Moreover, she served in the television series like I Love the ’90s, Scrubs, World Cup Comedy, and Cupid just before starring in an American sitcom Sons & Daughters.

Later, she appeared in several hit shows such as According to Jim, Parks, Recreation, and New Girl. Finally, she got a recurring role in the series Suburgatory.

In addition, some of her notable work credits include The Hangover, The 40-Year-Old Virgin, After the Sunset, Love 101, and, Dragonfly.

According to Celebrity Networth, Gillian holds a net worth of $500,000, as of 2019. The actress earns decent wealth from her acting career. Besides her acting shows, she also earns from her endorsements, advertisements, and commercials.

Well, the average salary of an actress is $51.08 per hour, so, she might be receiving at the same range from her career. Similarly, her net worth is similar to an actress Allysa Rose.

The beautiful actress, Vigman is happily married to her now-husband Dave Gibbs. He is an American songwriter who is famous as the founder of the pop band, Gigolo Aunt where he is the vocalist and a guitarist as well.

CAPTION: Gillian Vigman is an actress best known for her roles on Mad TV and as Jack's wife in several commercials for the fast food chain Jack-in-the-Box. SOURCE: Heightline

The couple shared their wedding vows in 2008, June 22 in an intimate ceremony. The adorable pair shares a son together, however, the child’s identity is a secret.