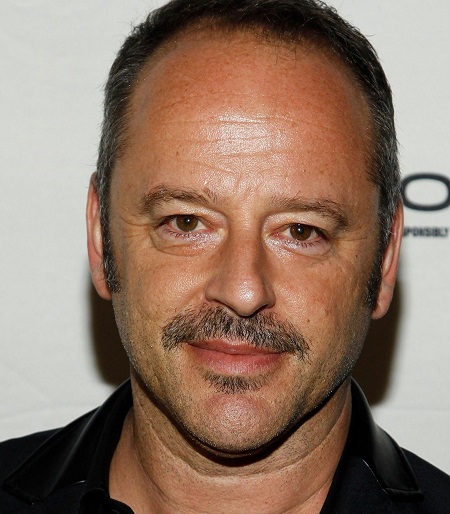 Gil Bellows is a popular Canadian actor, director, and screenwriter who grabbed huge attention for appearing as Tommy Williams in the drama movie The Shawshank Redemption. Likewise, he is also known for portraying the character of Billy Thomas in the television series Ally McBeal.

Gil was born on 28th June 1967 and is currently 53 years old. He was born in Vancouver, British Columbia, Canada. His nationality is Canadian and belongs to Caucasian white ethnicity.

Gil attended Magee Secondary School with actress Carrie-Anne Moss. He then studied at the American Academy of Dramatic Arts.

The 53 years old actress started his professional acting career in 1988, appearing as Rome in the movie, The First Season. He came into the spotlight after he portrayed the character of Howard Metzler in the television series, Law & Order, in 1991.

Similarly, the actor has appeared in dozens of movies like Blood Honey, Radiant City, The Shawshank Redemption, Say You’ll Be Mine, Chasing Sleep, The Assistant, Unthinkable, The Promotion, Sweet Land, Pursued, The Promotion, Life on the Line, Run This Town, Extraterrestrial, Kill the Messenger, Parkland, The Calling, The Samaritan, and many others.

Besides acting career, he is also a screenwriter and director.

Gil Bellows, who has been actively working in the entertainment industry for over three decades, is yet to open up about the exact figure of his net worth.

Some sources claim that Gil Bellows’ net worth is around $1 million, whereas some claim his worth to be approximately $5 million. Though his exact sum of net worth is not revealed, it is pretty clear that he is a millionaire.

Just like Gil’s professional career, his personal life, including his married life, is also going perfectly. The Shawshank Redemption' star is a married man. He enjoys a healthy marital life with his wife, Rya Kihlstedt, who is an American actress.

His wife is widely known for appearing in movies like Deep Impact, Home Alone 3, Women in Trouble, and television series like Dexter, Nashville, and Heroes Reborn.

According to sources, Gil and Rya tied the knot on 3rd October 1994, in an intimate wedding ceremony. Together, the pair has welcomed two children. The name of his daughter is Ava Emanuelle Bellows, and his son is Giovanni Bellows. His daughter is an actress famous for appearing in Love in the Time of Corona.