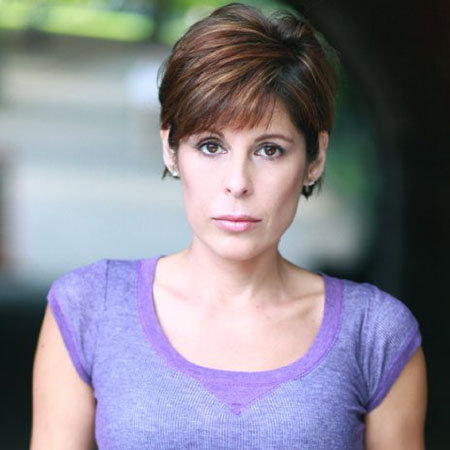 Gigi Erneta was born in New York City, New York, United Stated of America. She was born to Argentinian parents. She was very much interested in acting since her childhood and always wanted to be an actress. At the early age of 8, she began her professional performing career. She was chosen for a lead child role in the Nutcracker when she was only a kid but she managed to perform very well.

Due to her keen interest, Gigi Erneta’s parents sent her to Houston Ballet Company at an early age. She got her dancing contract at the age of 14 and she auditioned for her first commercial at the age of 15. She did it in English and Spanish for the McDonalds.

Until the end of her high school, Gigi Erneta continued to act and dance. She received a scholarship to the Texas Drama Department. She felt it was time to move to Hollywood as her career slowly developed.

As Gigi Erneta stepped her foot in Hollywood, she began to be known for her extensive work in horror films. She was labeled a “scream queen”. Her career as a scream queen was flourishing but her marriage fell apart in 2007. She was distressed but her friends helped her out and later she got back on her feet.

Gigi Erneta left her horror roles and moved back to Texas. She has appeared in several recurring roles on TV shows, including Veronica Mars, the CW show Desire, and Spanish soap operas. Also, she had roles on Dallas, American Crime, Strong Medicine, Friday Night Lights and more.

Gigi Erneta portrayed the role of Captain Judith Rainier in the feature film, Flag of My Father, alongside William Devane and John Schneider. She became very popular for her fabulous acting. Besides this, she has also flourished as a writer.

Gigi Erneta married during her time in college. Her marriage fell apart in 2007 and she divorced. She was a little distressed after her divorce. However, the reason behind her divorce is unknown. She has not linked up with anyone after that. Not many details are known regarding her personal life. She might not have wanted to disclose the details of her personal life to the media.

Gigi Erneta stands attractive and beautiful with the medium height of five feet and five inches. Her net worth is estimated to be high accumulated from her hard work as an actress but actual figures regarding her net worth are not known. Gigi also loves writes and hosts show besides acting.