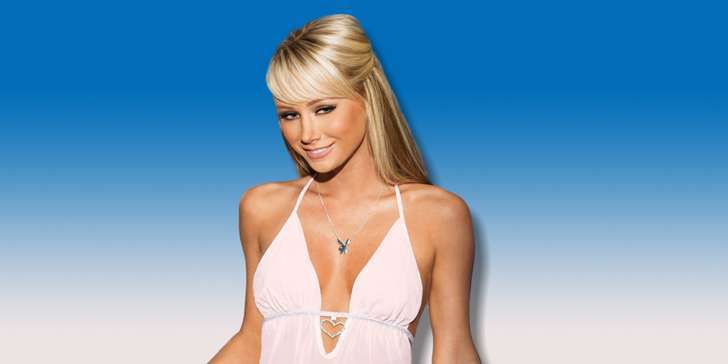 The Playboy model Sara Jean Underwood is a 35-year-old American Glamorous model. She has been dating Roberto Martinez since 2012. Underwood, who first appeared in Playboy magazine in its Girls of the Pac-10, was seen on the cover wearing football Jersey and matching two-piece dress in 2005.

The model, known for her personal pictures on Twitter and Facebook, was chosen as Play of the Month two times in 2006 and 2007 respectively. She was ranked #25 on the “25 Hottest Celebrities” by Playboy magazine in March 2008.

Sara had four Boyfriends Before Roberto

Before dating Roberto, Sara already had four boyfriends. Firstly, she was in a relationship with Kelvin Pereira before 2007, and after breaking up with him, she started dating Marco Andretti, who was 29 years old then. After dating him for a short time of less than a year, she fell in love with Ryan Seacrest in 2008. Again after months, she broke up with him and chose Jeff Dye to be his boyfriend from 2009 to 2012. Now, she has been dating Roberto since 2012, and this is the longest relationship that she has ever had.

She Played in Movies and Achieved Some Rewards too

Celebrating Underwood's selection as Playboy's 2007 Playmate of the Year, a group of students of Oregon State University made a poster and posted it outside Bexel Hall, where it remained only for a few hours before University staff took it down. The poster said "Sara Jean: First OSU Beaver Playmate of the Year, Playboy June '07, OSU Centerfold, People, Ideas, Innovation." She still continues to model for Playboy after being credited with discovering Playmate of the Year Ida Ljungqvist in 2009.

She Accelerated Fast in her Career

She first started her career as an actress in the 2007 film Epic Movie, portraying a pirate wench with other stars such as Qiana Chase, Irina Voronona, and Jillian Grace. After she appeared in the 2008 comedy, House Bunny, as a Playmate, she was seen in the film The Telling as Miss March. She has recently appeared in the film called Which Valentine’s Vixen Are You, in which she played the role of a model.

Sara Jean Underwood, who was born on March 26, 1984, in Portland, Oregon, graduated from Scappoose High School in 2002 and was a schoolmate of the American footballer Derek Anderson. She has earned a net worth of $1.5 million.