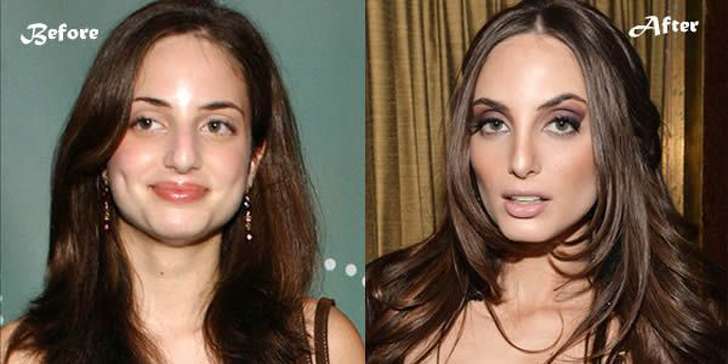 Joel Alexa Ray, an American versatile singer, is the oldest daughter of superstar Singer Billy Joel.  She has always been compared to her supermodel mom Christie Brinkley. Now it seems that Alexa may no longer have to fear after her stunning transformation. These days, going under a knife has become most common things for celebrities and Joel has also been through that experience.

Alexa Ray Joel, 30, really looked unrecognizable in 2010 after a nose Job but she has always been denying the rumors about her plastic surgery. She said the surgery thing was a rumor and she never did anything to her face to look attractive. She also said that the only thing she had ever done is her nose job and she is being completely honest and open about this.

Alexa hit back at the criticism made my media saying the people were comparing the pictures when she was 18 to her present face. The singer also claimed that she looked different because of the makeup and the sole credit goes to her makeup artist and stylist.

Alexa Joel made the Headlines, Again

After those rumors circulating on her plastic surgery went viral, she made a headline, again, during her stage performance. She fainted on the stage; maybe because of stress but the doctor gave a medical reason , calling that the result of a low blood pressure.

To be true, she looks absolutely magnificent after her nose job. She said she would love it if she is rather judged by her job than her false surgery report. Joel looked sexier and stunning than ever before, which immediately led her to a rumor that went under the knife.