Get to know more about the model and hurdler Michelle Jenneke 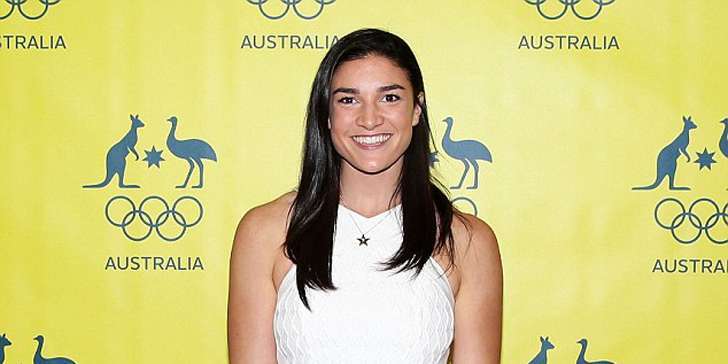 Born on 23 of June 1993, Michelle Jenneke is a dancing Olympians huddler known as Shelly who represented Australia in Rio Olympics. The Australian olympian was everywhere on the web once again when she showed up dancing on Rio Olympic squad's naming day.

Michelle, who represents Australia, is from Kenthurst, New South Wales and she is a successful athlete with multiple Australian records. Michelle started training with Mick Zisti from Cherrybrook Athletics Club at the early age of ten, in 2003. now a student of mechatronics at Sydney University. At the age of fifteen in 2008, she participated in Pacific School Games in the 90 and 200 meters hurdles for the first time.

Three weeks since I competed in my first Olympics. Can't wait for the next season to start! ?? #athletics #hurdles #smile

The Dancing athlete showed her happiness of being in Rio Olympics in her own way. She gave a loud and clear message to all her viewers and showed the whole world that participation in Olympics is more important than winning a medal by dancing in front of a camera on the official naming day of Australian squad. We have seen her dance in many other events but on that occasion, the dancing was not a warm up exercise in the huddle track.

In 2010 Australian Junior Championships, Michelle Jenneke won and broke the Australian women's huddle's record. Later in July 2010, Jenneke was selected to participate in 2010 Singapore Youth Olympic Games under Australian flag for 100 meters hurdles. There, she set her personal best records of 13.46 seconds.

She couldn't perform as expected in Pirtek Athletic Allstars event in 2011 but competed in the 89th edition of Australian Athletics Championships and claimed the bronze medal for 100 meters hurdles.

On 15 July 2012, IAAF World Junior Championships, we saw the diva's warm-up dance on the track, which quickly got viral on youtube and the video received nineteen million views. The competition could not earn her the first price but she earned lots of fans, globally.

Jenneke was also qualified for Rio Olympics 2016 and was highly expected to win a gold meda. She couldn't meet the expectations but her popularity as a hot swimsuit model and a hurdler has never gone down.