Get to know if journalist Charlotte Jackson is pregnant for the third time. Also, know about her family 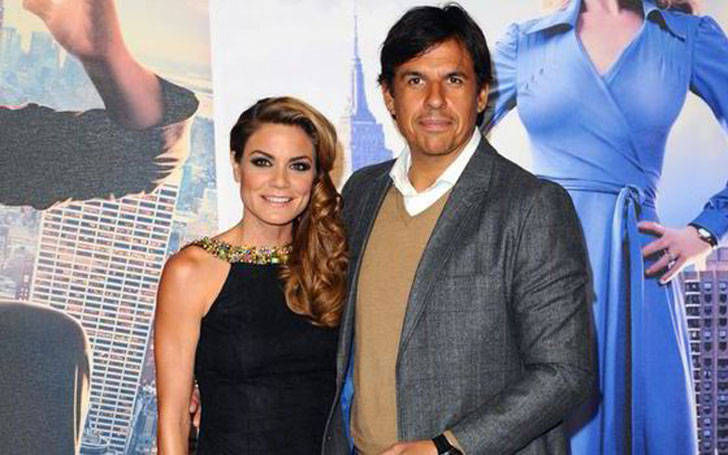 Charlotte Louise Jackson is an English journalist and television personality who works as a television host for the Sky Sports News. She is married to Wales’ football manager Chris Coleman and she has two children with him.

Charlotte and Chris Coleman are blessed with two children

Last year, they welcomed their second child, a daughter. In late 2015, she announced her pregnancy and after her announcement, media covered her news for some time. After some months, she welcomed a second child with her husband Chris Coleman.

Charlotte with her husband Chris Coleman while expecting a second baby

She announced the birth of her baby through a tweet and was highlighted. The baby was believed to overdue; with the pair initially expecting the birth could have happened during the Euro Cup 2016. While Euro Cup was happening, she told to OK! Magazine:

I hope it’s a quick labour and that I’m not early because Chris could be in France.

This pair was already blessed with a son named Finlay Coleman on 22 December 2014. Now, he is playing with her little sister and he is very happy to spend time with her.

Eventually our little girl made an appearance this lunchtime - 9lbs 1 oz and was worth the wait!???? yet to be named??????

Charlotte and Chris are very happy with their children and finally, their family is completed after the birth of second child. They frequently post their family pictures on their social sites.

Charlotte met Chris in 2012 when she was presenting a golf competition in Portugal. Chris won the championship and was interviewed by the gorgeous lady.

I have a stinking cold but still excited about today with these 2????#merrychristmas

Eventually, they became good friends and after some time, they started dating. After one and half years of dating, this pair decided to take the next level in their relationship and tied the knot in a small ceremony, in London.

Christopher Patrick Coleman, famous as Chris Coleman, is a manager of Wales’s national team. He became well-known last summer after guiding Wales to the semi-finals of Euro 2016 at their first appearance at a major tournament after 58 years.

Chris is a former footballer of Wales’s national team and won 32 caps during his time. He used to play as a defense and sometimes appeared as forward. Chris’s playing career stops at the age of 32 due to his leg was broken in a car accident.

In his professional journey, he has played for several clubs like Swansea City, Crystal Palace, Fulham Fc, and so on. Previously, he was married to Belinda and he welcomed four children with her.