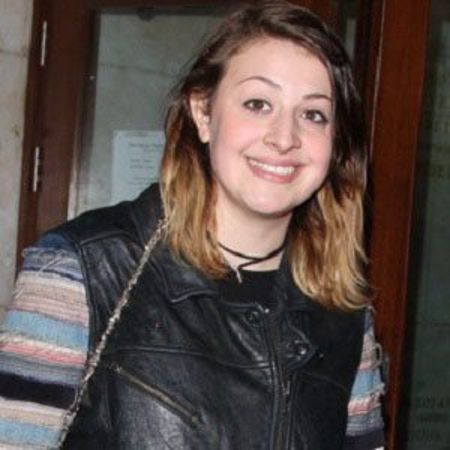 Georgia Groome is an English actress who is widely known for playing the role of Joanne in London to Brighton (2006) and Georgia Nicolson in Angus, Thongs and Perfect Snogging (2008).

Groome is currently in a romantic relationship with Rupert Grint and the couple has recently welcomed an adorable daughter.

Georgia Groome was born on February 11, 1992, in Nottingham, England. She was raised in Chellaston near Shelton Lock, Derbyshire.

Her father Paul Groome, who died in 2009, was a publican and chef, while her mother Fiona Watson is a drama and vocal coach.

At the age of nine, Groome auditioned for a role in the musical Annie Get Your Gun and got a chance to act in it.

Georgia Groome made her acting debut in the television film, A Fish Out of Water, in 2001. She later appeared as an orphan in an episode of television series, Dangerville.

At the age of 14, she appeared an 11-year-old runaway in the British independent feature film, London to Brighton, in 2006.

In 2008, Groome had a minor role in the horror-comedy film The Cottage. She notably played the role of 14-year-old Georgia Nicolson alongside Aaron Johnson in Angus, Thongs and Perfect Snogging in 2008.

For her performance in Angus, Thongs and Perfect Snogging, she received the award for Best Child Actor at the Buster International Children's Film Festival.

In 2009, Georgia made her stage debut in Tusk Tusk at the Royal Court Theatre in London. In the following year, she appeared in an episode of British television series Lewis, and the short film Silent Things.

Most recently, Georgia appeared in Papadopoulos & Sons alongside Stephen Dillane in April 2013.

Georgia Groome has collected a decent amount of money throughout her film, television and theatre career.

The London to Brighton star, 28, has a whopping net worth of $3 million, according to Celebrity Net Worth. As for her salary, according to some online sources, Groome earns between $200 and $300 per episode of a series.

As we mentioned earlier, Georgia Groome is in a relationship with Rupert Grint. The boyfriend-girlfriend duo started dating in 2011 and they are in good bond ever since. 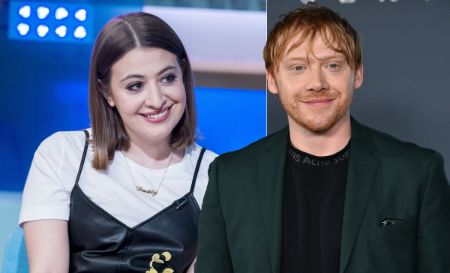 Sources confirmed in April 2020 that the couple was expecting their first child together. Later on May 7, a representative for the couple announced their the two had welcomed a baby girl. They have yet to reveal the name of their daughter.