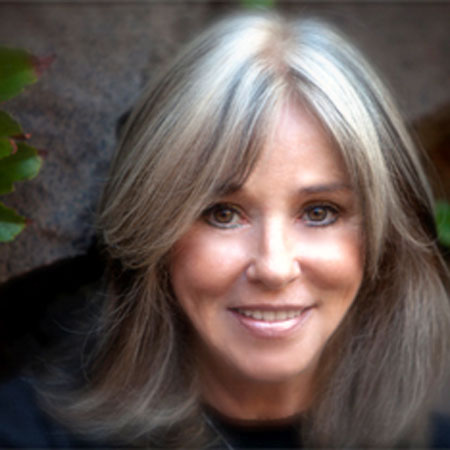 Georgia Durante is an American Stuntwoman and actress. She is well known for her credits on movies including, Casper, Diagnosis Murder, Spy Hard, and Blood Type. She is also known for her book titled The Company She Keeps. The book is about Durante's life before rising to fame, and the struggles she faced including her three divorces.

Georgia Durante was born in 1950 in Rochester, New York, United States of America. She is of White ethnicity and holds American nationality. She began her modeling career at the age of thirteen. She is known as The Kodak Girl. After a brief time, Durante was involved with the mob and was taken under the wings by legendary mobsters Sammy Giancana and Carlos Gambino. But when a mob war broke out, she ran from that lifestyle.

In 2000, Durante made her first film appearance in Runaway Nightmare. She also credited as a stunt performer in various movies Blood Type, The Girl Gets Moe, Spy Hard, Shattered, and television series like Melrose Place, Diagnosis Murder.

Durante has also written a book titled The Company She Keeps, about her past life when she was a Mafia wife, mother, model, owner of Performance Two, a precision/ stunt driving team, and stunt driver.

At first, Durante was not sure she could write her story without a ghostwriter. As she said,

'' I had no confidence, so I called up my friend ( and best selling author), Sydney Sheldon, thinking he would be able to suggest a good ghostwriter, after reading what I'd written, he said, 'Lady you can write. You don't need a ghostwriter.''

''I had no idea I could write, ''Durante confides, laughing. ''I can spell. This is an inspiration for people who have a story to tell but think they can't write.''

Durante began exploring her life, from her childhood to her modeling career which resulted in being the most photographed girl in the US as the Kodak Girl.

Georgia Durante earns a good amount of money from her career as an actress and stuntwoman. As of 2018, Durante's total net worth is estimated to be $8 million. Till date, she has worked for various movies and advertisements including, Casper(earned $287,928,194).

She makes $70,000 on average per year as a Stuntwoman. She also owns a driving team called as Performance Two from which a good amount of money is generated.

Georgia has been married for three times. Durante was married to Thomas Mugavero in 1968. They also share a daughter named Toni Mugavero. The couple divorced in 1969.

In 1970, Durante married her second husband Joe Lamendola a businessman who had a good connection with the mafia and became a domestic violence victim.

When Durante had to work at a mafia-run club, Sundowners, she said,

''It didn't start until 2 o' clock in the morning and people would leave at 6, when I first got there, you had to knock on the door three times, and then a guy would open it and if you were OK he'd let you in.''

Durante also said, she never knew, what exactly was going on the after-hours club, but the intrigue drew her into the mafia's world.

''I'm there and 5 feet away from me, this guy pulls out a gun and shoots the guy next to him, Durante says, ''everybody scattered, the guy fell to the floor.''

Briefly, after the incident, the owner of Sundowners threw her a car key.

They kept the man in the backseat, and Durante was driving, as she added,

''I'm driving to Bellevue Hospital, and I'm only 17 at this time, we get to the hospital, and we got there in record time.''

They dropped the injured guy in the hospital, and Durante skipped away. That incident earned her a reputation. The whole group was talking about, 'Man, Georgie-Girl, can you drive a car!'

After that incident, Durante began picking and delivering packages to different places around the city.

The men jumped in the car and said her to step on it.

''I was driving on sidewalks, down alleys. I ducked into one alley, and then we saw the cops go by, so they never saw us getting into the alley.''

After the mob war broke out, Georgia Durante knew that she had to get away from this lifestyle. She said,

''They were killing everybody who knew anything, and I fled to California with my 7-year-old daughter, I end up in San Diego, and I was married to a guy in the mob at the time and he was very abusive.''

She wanted to take her daughter away from their abusive activities, Durante could never escape from her husband. One day Durante took her daughter, got in a car and started driving.

They reached Los Angeles, with only $7 in her pocket. Durante and her daughter stole food from stores and lived out of their car.

Georgia Durante was in need of a job, but she had to stay low. The only working experience she had was from driving cars and modeling. As her friend was an actor, he knew when they worked for commercials.

Durante's friend would tell her the shooting location and she used to show up and request the directors for work. After a long time of struggles, directors agreed to employ her which led her to be well-renowned model and stuntwoman which she is today.

After two years of her separation with Joe Lamendola, Georgia Durante was married to her third husband Richard Andray on 22nd November 1979. They share a child together.