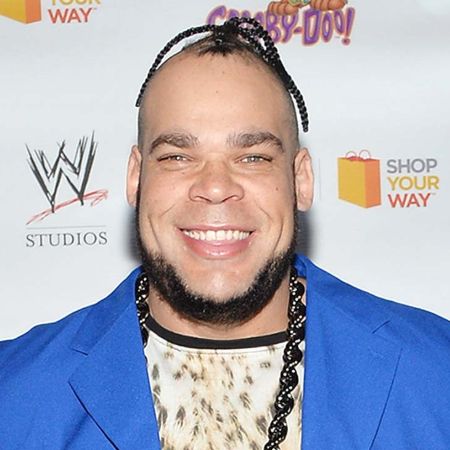 Born in Pasadena, California, Murdoch was the product of a broken home with an abusive father. After a violent incident, his mother left his father to live with her parents. Being biracial, George and his brother weren't welcome in their maternal grandparents' house and he spent time in foster care.

Tyrus attended Quartz Hill High School in Los Angeles County, California, and later, Antelope Valley College in Lancaster, California. He was studying to become a teacher at the University of Nebraska at Kearney and playing collegiate football when an injury derailed his potential career.

After his football career didn't pan out, Murdoch trained to become a professional wrestler. Owing to his humungous stature, he was quickly snatched up by the biggest wrestling promotion in the world, the World Wrestling Entertainment (WWE). 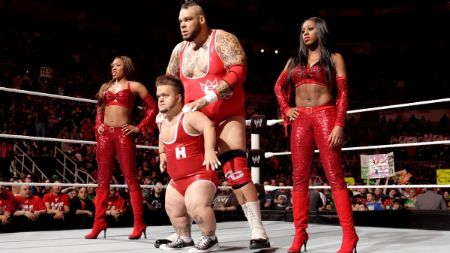 George Murdoch during his time in WWE as Brodus Clay/Funkasaurus SOURCE: WWE.com

He adopted the name Brodus Clay and made his in-ring debut in 2006. He worked his way through the promotion's developmental system and made it into internationally televised shows like NXT, Monday Night Raw, and Smackdown! He gained popularity as the in-ring character "Funkasaurus". He worked for the promotion for eight years before departing in 2014.

He worked with another wrestling promotion, Total Non-Stop Action (TNA), for three years from 2014 to 2017, under the ring name, Tyrus.

Murdoch adopted the name Tyrus and joined FOX News Channel in 2016. He has been a contributor since then and has appeared in programs like The Greg Gutfeld Show and  Daily Briefing.

He also became the co-host of the UN-PC show on FOX's streaming platform, Fox Nation with Britt McHenry.

Who Is George Murdoch AKA Tyrus Dating? Does He Have Children?

George Murdoch is currently dating business owner Ingrid Rinck -- of Sensible Meals. They have a child together: a daughter, Georgia, born in May 2014. 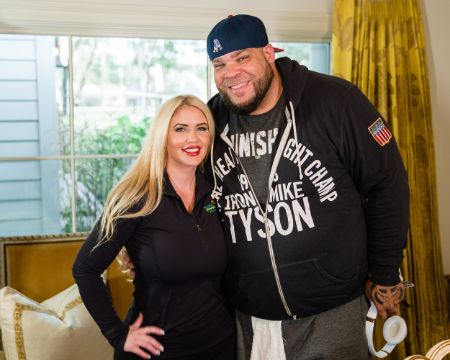 Tyrus already has two children from previous relationships; so too does Ingrid.

What is the Net Worth of George Murdoch AKA Tyrus?

Tyrus is estimated to have a net worth of around $2 million and $10 million. His wealth primarily comes from his career as a professional wrestler, particularly wrestling for the biggest and most successful wrestling promotion in the world, the World Wrestling Entertainment (WWE). He also had a career with another wrestling promotion,  Total Non-Stop Action (TNA). In recent years, he has been a contributor for FOX News Channel and Fox Nation.