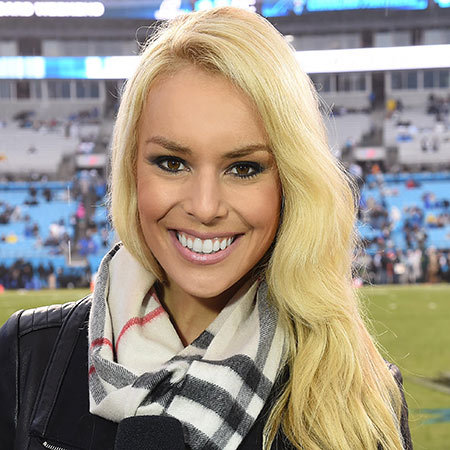 Britt McHenry is a  famous Washington, D.C.-based sports reporter for ESPN. She was born as Brittany May McHenry on 28 May 1986, in Mount Holly Township, New Jersey, US. McHenry developed an interest in sports from a young age and was on the soccer team during her college days. She is American by nationality and belongs to white ethnicity.

McHenry attended Satellite High School at Satellite Beach, Florida. During her time at SHS, she was a member of the soccer team with professional player Ashlyn Harris and graduated in 2004.

She then joined Stetson University, where she played as a midfielder for the Hatters soccer team in the 2004 season. In 2007, she graduated with magna c u m laude from Stetson and went on to study journalism at Northwestern University’s Medill School of Journalism.

During her stay at Medill, she used to cover stories in Chicago, Illinois. After graduating from MSJ, she starts her first professional career by working for ABC affiliate WJLA-TV. At the same time, she also worked as fill-in anchor and sports reporter for its another station NewsChannel 8.

She left ABC 7 for a while and served as a dugout reporter on Fox Sports San Diego in the San Diego Padres. After two weeks she returned to ABC 7 and served the station until March 2014. After her departure, McHenry joined Washington D.C-based ESPN as a bureau reporter.

Besides working at the station as a reporter, she also works as a correspondent for several shows, including NFL Live, Baseball Tonight, Outside the Line, and SportsCenter. She also gets the interview of various sports personality, including Tiger Woods, NHL star Sidney Crosby, and Black Bortles.

McHenry is not married yet and is believed to be single at current.

On 16 April 2015, LiveLeak posted a video of McHenry abusing a tow lot employee verbally, for which she was criticized by many audiences and then ESPN suspended her for one week from the network. But later she apologized on Twitter, saying:

In an intense and stressful moment, I allowed my emotions to get the best of me and said some insulting and regrettable things... I am so sorry for my actions and will learn from this mistake."

A few days later, the towing company published a statement citing that they did not want to see Britt McHenry suspended or terminated as a result of her comments.

Body Measurements, Salary, and Net worth

McHenry has a slim body figure, which looks attractive on swimsuit and bikini. She has a height of 5' 10'' and weighs less than 65 kilograms. There is no reliable source for her husband, children or her romantic affairs. McHenry's net worth and salary are under review and not yet disclosed by any source.

Britt McHenry's biography is also made available on wiki sites like Wikipedia. She is also active on social networking sites and one can follow her on Twitter and Facebook, to stay connected to her day-to-day update.