Geoffrey Rush, an Australian holder of "Triple Crown of Acting" 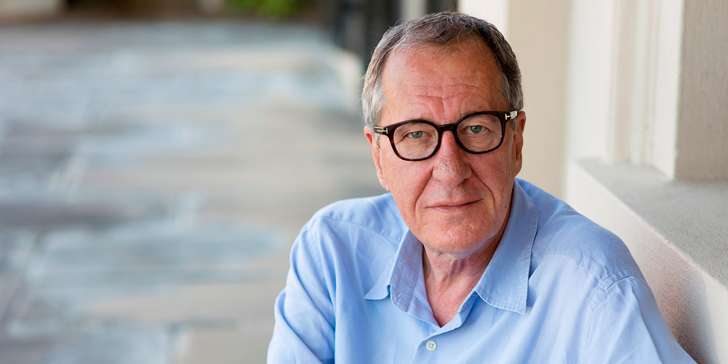 Take the best acting skills in the world, add some more to it, multiply it by two and then put it all into one human being. That human being there is Geoffrey Rush. Yes, this 64-year-old Australian is definitely that prodigy actor you have in your head. Mostly recognized for his role in the 1996 movie ‘Shine’ in which he played the part of David Helfgott, Geoffrey has landed a ton of awards for his phenomenal acting in the movie including an Oscar, BAFTA, Critics’ Choice Movie Award, Golden Globe Award, and Screen Actors Guild Award. Geoffrey was the son of the accountant of the Royal Australian Air Force- Roy Baden Rush and mother Merle who was a department store sales assistant. He was born in Toowoomba, Australia on July 6, 1951.

As of now, unlike most other celebrities, Geoffrey is a happily married man and has been in a relation with his very first wife for 27 years now. No news of his affairs or a girlfriend has hit our ears. He married Jane Menelaus back in 1988. They first met each other in Adelaide during a play. Judging by how far they have come along today, it sounded really funny when it was heard from Jane herself that they did not like each other at first. Jane said “Yes, we didn't get on. We didn't get on at all ...It was something that didn't click”. The couple has two children James and Angelica. The Rush family lives in Camberwell, Victoria.

Geoffrey landed most of his awards from the 90s and the 00s. The most significant movies in his film career will definitely have to be Shine (1996), Shakespeare in Love (1998), Quills (2000), and The King’s Speech (2010) that got him a ton of nominations and awards too.