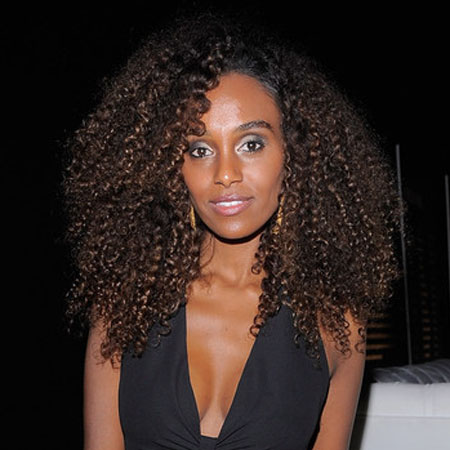 Gelila Bekele is an Ethiopian actress, model, activist, and humanitarian. She is mostly known for her role in the movie Full and has appeared in Various runway shows and in numerous advertisement campaigns. In 2016, she released her first book, Guzo- based on the lives of people of her home country Ethiopia. She has been dating American actor, Tyler Perry since 2009 and shares a son named Aman Tyler. She resides in Mulholland Estates, a gated community in Los Angeles with her partner and son.

Gelila was born on September 4, 1986, in Addis Ababa, Ethiopia. She spent most of her life shuttling between Europe and the United States with her sibling sister named, Anna Wrossetti. She is of Ethiopian/ American nationality and belongs to the black American ethnicity.

Gelila always dreamt of being a model since her childhood, and it didn’t take long for her to start a modeling career. Besides this, Gelila has not disclosed anything regarding her early life, education, childhood, parents, and more.

The Full actress Gelila Bekele began her career in 2006 working with Ford Models in New York and Paris. She is currently represented by Women (360) Model Management (New York), and Premium Models (Paris).

Gelila is featured in several beauty campaigns including those for Levi’s, Diesel, Tory Burch, Michael Kors, Anna Sui, H&M, Pinko, Pantene, and L’Oreal, and has appeared in leading magazines and numerous other publications.

Gelila has devoted some of her time to aiding people in Ethiopia, as well as globally, through her charity involvements focusing mainly on the issue of fundamental resources, special access to clean water, and education.

Apart from her involvement in beauty campaigns and charity works, she has also worked in some movies which have provided her a good recognition as an actress. She made her appearance as Mulunesh in the film Full in 2009 where she starred alongside Dino Antoniou, Gelila Bekele, Mulugeta Sex work, and others.

Along with acting in the movie, she is presently pursuing her pa s sion as a doc u mentary filmmaker and in this field. Her recent release was Mai: Life is not Honey, which she released in 2015.

Gelila is also the author of the book Guzo! (2016), which doc u ments the daily lives of native Ethiopians.

Gelila Bekele's Net Worth and Salary

Gelila has good earnings from her acting and modeling career. Though Gelila Bekele's net worth and earnings are not disclosed, sources have confirmed that she is leading a lavish lifestyle with her boyfriend Tyler whose net worth is around $600 million. In 2017, Tyler and Bekele moved to a $14.5 million house in Beverly Hills, California.

The couple has a lavish car manufactured by Rolls Royce ($120K). Perry also has a private jet of $125 million. In 2013, he bought Dean Garnes for $7.6 million, which was one of the largest homes in metropolitan Atlanta.

Gelila Bekele is unmarried but has been dating her boyfriend for a very long time. She is currently dating Tyler Perry. Her boyfriend, Tyler Perry is an American actor, comedian, filmmaker, and songwriter. The couple has been dating since 2009. According to People, Bekele and her partner met for the first time in the year 2007. And they officially began dating after a couple of years of courtships.

In 2014, the couple revealed that they were expecting a child together. Bekele gave birth to a son name Amen on November 30, 2014.

Many of their fans are still confused regarding the pair's relationship status. They are often questioned about being married or engaged.

Gelila and Tyler have not shared the photo of their son on social media. Tyler revealed that he wants to keep his son away from the world of social media. He even told that his child is not personally famous.