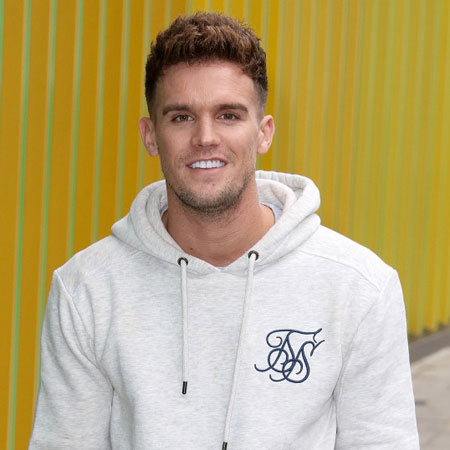 Gaz Beadle is a promising reality television star most known for appearing on the MTV reality show, Geordie Shore. He became the cast member on the popular series, Ex on the Beach in season 2.

The artistic reality star was born on March 22, 1988, in Newcastle, England to Shirley Beadle and Kevin Beadle. He is English by nationality and holds Caucasian ethnicity. He has an older sister named Claire.  His birth sign is Aries.

When Gaz was at his school, he was an avid soccer player and captained his school football team. He then joined marines and worked there for a short period. Later on, he was offered to be on Geordie Shore, aired on MTV and he became a sensation on television.

Gaz was booked as a cast member for the next four seasons and remained the original star cast on the show, Geordie Shore. In 2012 he founded a menswear boutique named Project 722 and also took part in the TV show entitled Celebrity Wedding Planner.

In 2014 he opened a nightclub named Pure in Greece and landed his roles on the show, Ex on the beach. Furthermore, he launched the show Spring Break with Grandpa along with seven other young men. He also has appeared as a guest on numerous shows including Drunk History, Big Brother’s Bit on the Side, Safeword and Britain’s Got Talent.

Gaz dated several girls before he met Emma McVey. The couple dated for several months and later broke-up. But after a brief split, the couple were seen together again. They were seen meeting-up at the same hotel and were holding each other's hand.

Gaz’s girlfriend Emma is just 24 years old. The couple posted their picture in the third week of June at social medias, and all of their fans thought they were together again. The couple started dating in 2016.  But after a year, Emma called her boyfriend a cheater and liar in a tweet. However, the couple reunited in 2017 and are seen happy together now.

The famous reality star is living a luxurious with his parents in England. His net worth is reported to be around $1.3 million.