Gay designer David Bromstad's ex Jeffrey Glasko filed a lawsuit against him. Find out who won 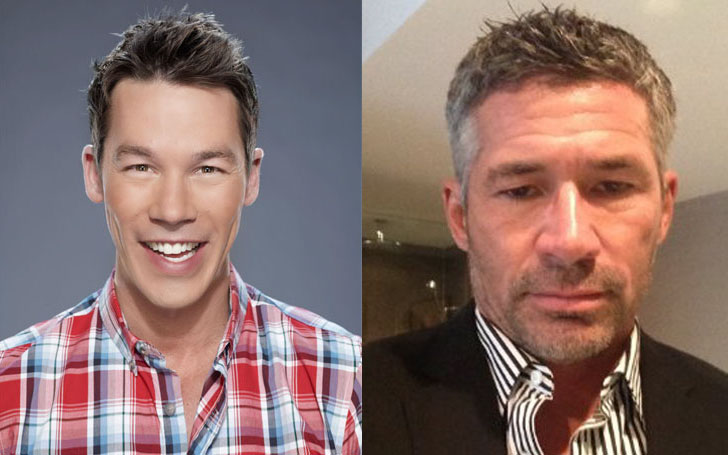 David Bromstad and Jeffrey Glasko were in a relationship since 2004 but after eleven years of togetherness they broke up in 2015. The cause of the relationship was reported to be David's drinking and drug problem.

In the legal papers, Jeffrey claims that David who's been an HGTB's host after he was honored with Design Star in 2006 left him financially and emotionally devastated and revealed that David was caught up with the dark world of drugs and sex.

Also Read: Designer David Bromstad Net Worth is $2 Million. What are his sources of income?

Miami Court said that some allegation in the Lawsuit that Jeffrey said was;

among the most scandalous I’ve ever reviewed” and struck the allegations from the suit.

And in another amended complaint in December 2015, Jeffrey Glasko said that the shared funds (between Jeffrey and David) were used by the accused (David) for his illicit drugs and prostitutes which resulted in the loss of trust and confidence in the relationship.

But the judge ruled against Jeffrey and dismissed his breach of contract claims.  In other words, Jeffery lost the case and David came out clean. David Bromstad clarified himself saying:

“These salacious claims were made by a desperate person,”

“The allegations are part of a lawsuit that has been dismissed in Mr. Bromstad’s favor with sanctions levied against [Jeffrey Glasko].”

Jeffrey Glasko hasn't been in news since then. However, David is enjoying Miami putting all the break-up and lawsuit stress from his life. He also attended the Miami Beach Gay Pride party at Miami on Feb. 9, 2017.

The fun continued for David as seen in his another Instagram post, here's one with the Gay Pride flag.

Is there no effect of the break-up and the lawsuit to David? Is his boyfriend right about his drinking and sex habits? This is the question only Bromstad can answer.

You May Like Are the Gay Couple Billy Gilman and Christopher Meyer Still Together? Are They Married? Details About Their Relationship!

What is David Bromstad up to now?

The HGTV Design star of 2006 is busy with his work as the host of the show "My Lottery Dream Home." The show is all about finding the lottery winner their dream home and Bromstad is loving it as he says;

"Basically, I find lottery winners and I have to find them their dream home."

Along with that, Bromstad also co-hosted HGTV's game show Beach Flip, where several couples competed against each other and the winner is announced as per who raises their beach home property value the most.

As a designer, David has made an innovation in the field of what he does best, renovation of houses with limited budgets.